Police have arrested a wanted man from Brighton and brought him before a court. 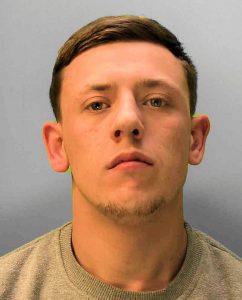 Harry Avis, 22, of Linchmere, in Swanborough Drive, Whitehawk, was arrested at the weekend and has been bailed to appear before a crown court judge next month.

Sussex Police said: “A man who police were seeking has been arrested by the Brighton Tactical Enforcement Unit (TEU).

“Harry Avis, 22, of Swanborough Drive, Brighton, was detained in the city by officers from the TEU on Sunday evening (13 September).

“Avis has been charged with escaping from lawful custody when he was arrested on suspicion of taking a car without the owner’s consent on 27 August.

“He appeared at Brighton Magistrates’ Court on Tuesday (15 September) and was released on conditional bail to appear at crown court on (Tuesday) 13 October.”