An MP was accused of “whipping up a media campaign” against active travel, cycle lanes and changes to road layouts.

The accusations against Peter Kyle, the Labour MP for Hove, came as councillors debated bringing in low-traffic neighbourhoods.

But he said: “Unfortunately, we have a Labour MP in this city who is whipping up quite a lot of resentment and anger towards active travel measures – and that is deeply unhelpful.

“Could I ask the Labour councillors to take their positivity, knowledge and understanding of low-traffic neighbourhoods and have a word with MP Peter Kyle and ask him to not whip up a media campaign against them.”

Councillor Lloyd’s comments were in response to the Hove MP’s concerns that making public spaces cycle-friendly was turning into a “battle royal”.

Mr Kyle said that residents who disagreed with the new cycle lanes along Old Shoreham Road and the A259 were being ignored.

He accused the council of acting on “half-truths” after a “freedom of information” request revealed a drop in the number of cyclists on a stretch of the road.

The council had said that the figures showed a significant increase based on figures from 2016.

Mr Kyle said today: “I’ve never said a word against active travel – I use it myself.

“My criticism is the manner in which is it being delivered and the way it is alienating people and provoking anger rather than the positive and enticing campaign our community deserves.” 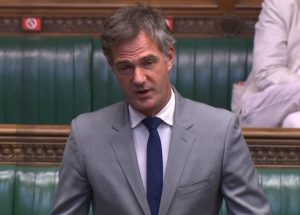 Labour councillor Carmen Appich said that “weaponising” the issue did not benefit any political party in the city.

She said: “The only people who suffer are the residents. I think some of the criticisms were around the speed with which some of the cycle lanes were implemented.”

Councillor Appich said that councillors needed to talk with residents and win their hearts and minds.

The councillors were speaking at a meeting of Brighton and Hove City Council’s Environment, Transport and Sustainability Committee yesterday (Tuesday 16 March).

Work is starting on a pilot low-traffic neighbourhood project in Hanover, using £300,000 from the council’s Local Transport Plan. 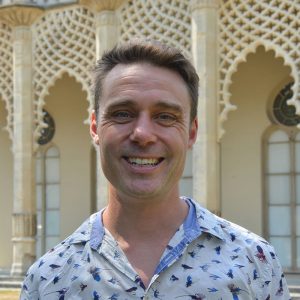 Councillor Appich was given had cross-party support for her suggestion that options to extend the Hanover low-traffic neighbourhood projects to other areas be explored.

The Liveable Hanover pilot project was brought to the council by Hanover Action. Community engagement is under way with a consultation planned in August.

Councillor Appich said: “We don’t object to running a pilot scheme. We don’t just want this in one ward. And we urge officers to prepare a report for the Community Wealth Building Working Group at its earliest opportunity to discuss further schemes across the city.

“There is a lot of appetite for a 20 minute/low-traffic neighbourhood pilot in my own ward of Westbourne, with a community group being set up to deliver some easy wins.”

Labour councillor Gary Wilkinson said: “Motor traffic cutting through our streets has a serious impact on the health and quality of life of people living there.

“The extension of the coronavirus lockdown has given us a taste of this across Brighton and Hove with traffic levels greatly reduced.

“People did come out of their houses to walk, jog and cycle. We saw children cycling in the streets, where previously they have been excluded.”

He said that the pilot scheme should go further and include all parts of the city.

Green councillor Elaine Hills, who represents Hanover and Elm Grove, has been cheerleading the early community engagement in her ward.

She said that when the London Borough of Waltham Forest introduced a low-traffic neighbourhood, there was a 10 per cent reduction in crime in the first year, rising to 18 per cent in the first three years.

Reductions in sexual violent crime were even greater, she said, adding: “It would be ridiculous to have one low-traffic neighbourhood. It would completely defeat the point. 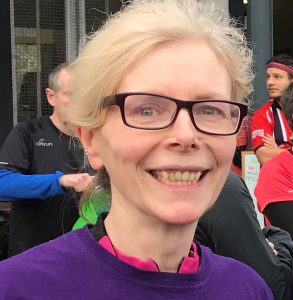 “We absolutely have to make it like a building block. We want to do it well. I’ve been engaging with the community a lot on this, making sure it’s co-produced by the community.

“If we get that right, then we’ll know how to do it across the whole city and we’ll have a lovely network of people walking and cycling across the city and feeling safer.”

She invited Labour and Conservative councillors to join them.