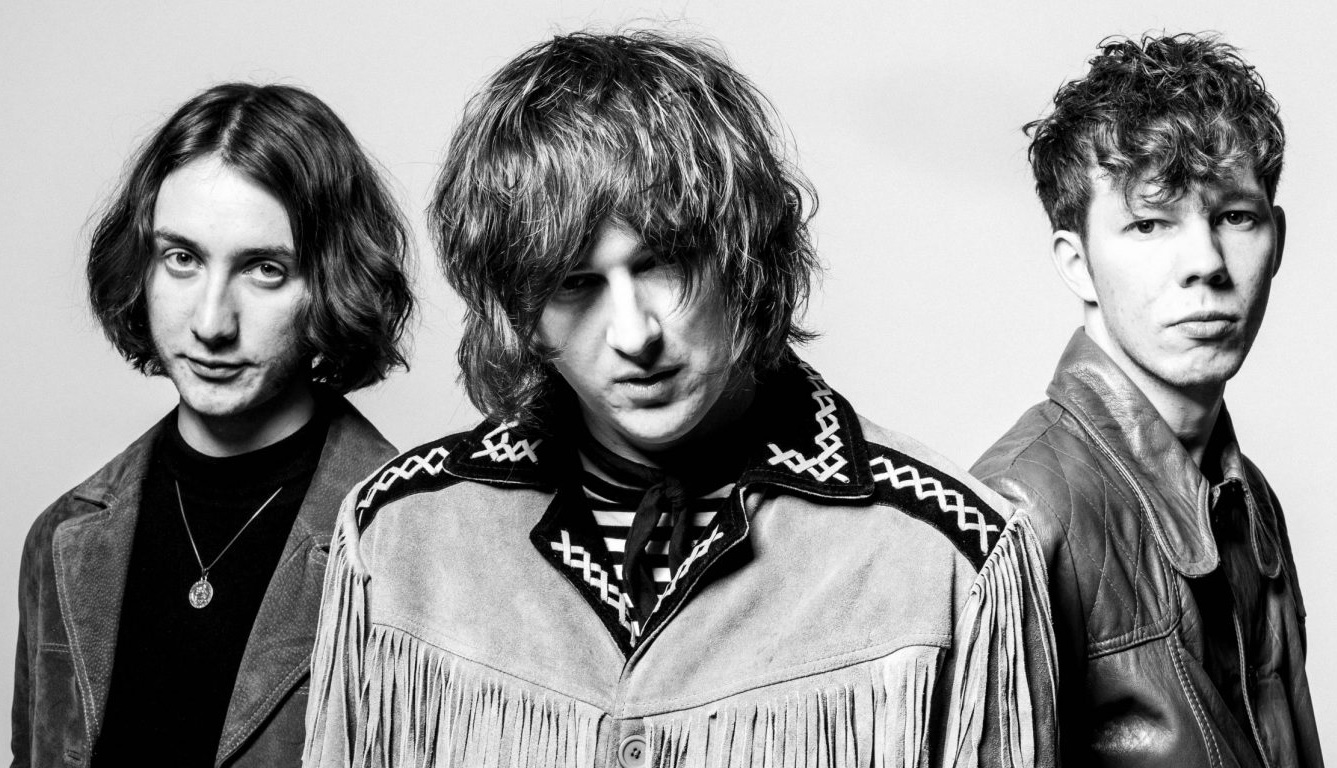 The Howlers are heading to Brighton

The Howlers have rescheduled their local concert that should have taken place last March, but covid intervened! They will now be appearing at The Rossi Bar on 8 Queens Road in Brighton on Saturday 4th December 2021 as part of their 10 date UK tour.

The original show tickets are still valid and if you are lucky, you may still be able to purchase your concert tickets HERE or (if any left) from your usual ticketing agency.

The Brighton & Hove News Music Team caught up with The Howlers at the Camden Rocks Festival in 2019. Our reviewer Mark Kelly made very good use of his time on 2nd June 2019 when he “discovered The Howlers”. He reported:

“Next it’s off to Amy Winehouse’s old local The Hawley Arms (2 Castlehaven Road) to see The Howlers (6:00pm). This was more of an excuse to visit this particular pub, and just to see the band out of curiosity, but what an unintentionally inspired choice.

The Howlers are a young band with a singer / guitarist who bears more than a passing resemblance to Steve Marriott, both in terms of looks and attitude. The band is reminiscent of both The Small Faces and The Who in their prime. To say that this is an enthusiastic and exciting performance doesn’t tell half the story. This band is what used to be known as a power trio. They leave plenty of space for each other and their onstage communication is almost telepathic. They have good songs too. I’m convinced that they would take to bigger stages like ducks to water. Hopefully they’ll get the opportunity to prove me right”. 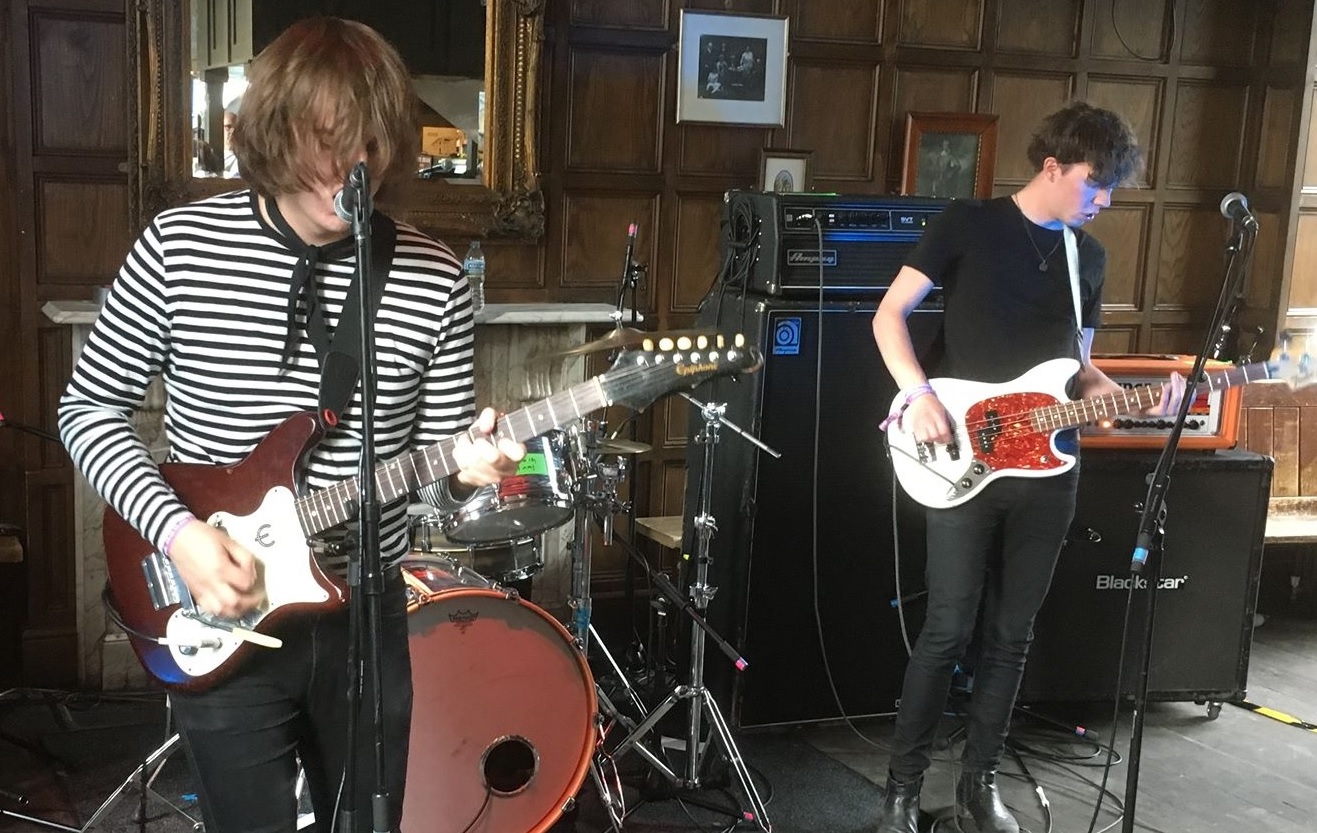 Seems Mark isn’t the only one flying the flag for the band as 6Music’s Steve Lamacq has commented “Excellent, The Howlers are most certainly on my radar”.

Since forming under three years ago, London’s desert rockers The Howlers have quickly identified themselves as one of the UK’s must-see live acts. Gaining praise from radio royalty including KEXP’s Cheryl Waters, RadioX’s John Kennedy and Radio1’s Jack Saunders, for their ferocious debut single ‘La Dolce Vita’, its equally energetic follow up ‘Matador’ also pricked the ears of music supervisors, who selected the track for coverage on BTSport, SkySports, SoccerAm and more.

They returned in April 2020 with their warped third single, ‘Badlands’ which is a ferocious and brooding statement about standing strong for what you believe in no matter the consequences. Doffing their caps to the genius of Dick Dale and Ennio Morricone, The Howlers consume and digest influences from surf and garage rock before spitting them back out with a confident snarl. Calling out like a battle cry over growling bass and primal beats the chorus hook, “Now I fear the end has come, stand and fight don’t try to run” is a euphoric call to arms. Set against Spaghetti Western-inspired guitar lines, ‘Badlands’ is an aptly foreboding slice of doomy indie-rock with the potential to cause a mosh pit in seconds. However, under the current circumstances, that’s probably best avoided.

Last month (March 2021), saw the band unveil their video for their forthcoming single ‘I Don’t Love You All The Time’ – watch it HERE hand stream/purchase it HERE.

Check out The Howlers Bandcamp page HERE and visit their official website www.thehowlers.co.uk.

Support on the night will come from Wife Swap USA and Les Bods.

Wife Swap USA: Subverting classic punk themes with snarling bitterness, these Brighton based newcomers are ones to watch.

Les Bods: Brighton based four-piece garage rock band. With an electrifying sound, soaked in fuzzed-out riffs that drill from one ear to the other, whilst simultaneously soothing you with their melodic dream-like psychedelic layers. 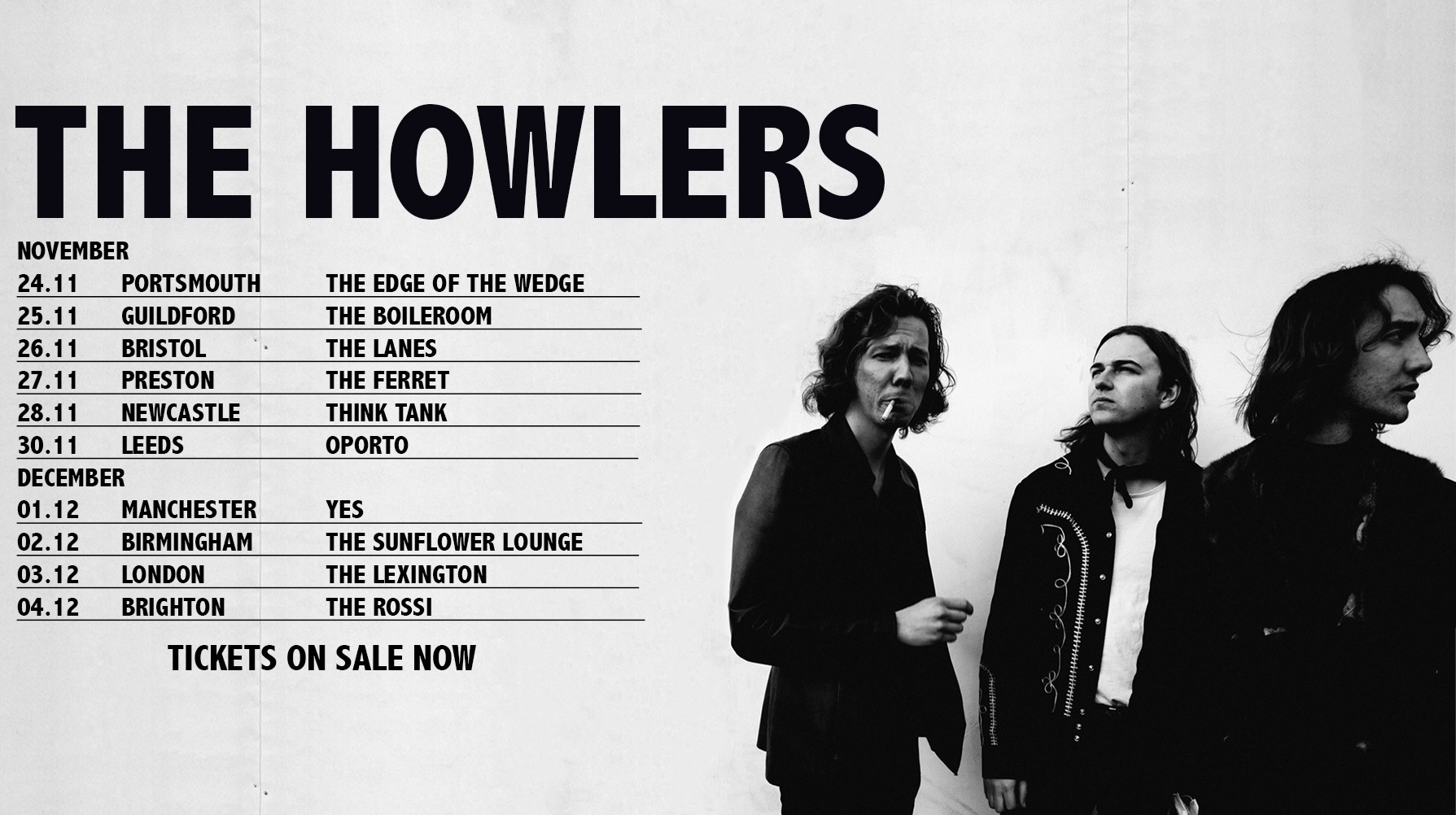