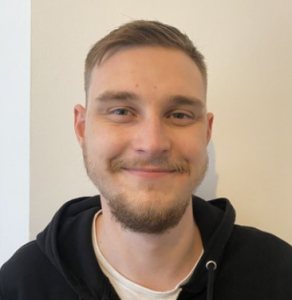 Each candidate was sent questions which were submitted by community groups and voters. Below are the responses from Trade Union and Socialist Coalition (TUSC) candidate Rob Somerton-Jones.

I want to be a councillor because TUSC are determined to offer a genuine alternative to the pro-austerity politics that has come to dominate the mainstream parties.

Residents need a fighting voice on the council or further budget cuts and austerity are inevitable, and our communities cannot endure this.

I want to be a councillor who will stand up for working communities, not sell them out or sell them off. I refuse to vote for cuts.

I am young, passionate and determined, while my party is sincere about making positive change.

We have been supportive of RISE and their campaign, while sitting councillors have not, and have fought against the cutting of their funding.

I’m also supported by an excellent team of people who have collective decades of experience in the trade union and activist worlds and who are as equally passionate as me about stopping austerity politics. We bring a new, community-focused strategy.

Growing poverty is the biggest problem facing families and their children.

Stagnant wages for carers and cuts to benefits and services are the cause.

Carers do not receive enough payment or support, if any, for the work they do.

The DWP (Department for Work and Pensions) carries out callous, cruel and humiliating assessments and support benefits have been slashed to the bone, with fees doubling in the process.

Austerity has devastated services for disabled people and further austerity will only make this worse.

To what extent do you support the trend of building more homes on busy polluted roads, exposing more people to it?

I don’t support this at all. Brighton and Hove needs affordable and green council housing, alongside private rent controls to end the housing and rent crisis in the city.

De-polluting our roads is only possible off the back of mass, affordable and eco-friendly public transport that is truly public and not run for private profit.

I went to Saunders Park to speak to the residents. Frankly their treatment has been appalling.

There are disabled residents with no support who haven’t seen a social worker in over a year.

Others had their parking spaces taken away; another bemoaned the high-rise developments taking place up the road at University of Brighton.

These residents have been forgotten and if there is to be a development strategy for this area, they should be the ones to shape it.

The idea is a good one. However, it would mean the building of new car-parking spaces and the widening of lanes to accommodate more traffic.

Cambridge has a good park-and-ride model. However, TUSC would demand it be publicly owned and operated by the council and would need to have capped fares to make it affordable.

If new car parks are to be built, abandoned brown sites should be found before greenbelt land is built on.

Our bus network is good, but not good enough. Fares are very expensive when compared with say, London, where fares are capped.

There are doubtless areas of our city that suffer from poor connections too, but the main issue is the expense of the tickets, which forces many people to walk.

Publicly owned transport would be able to offer secure conditions for bus workers, while also ensuring free fares for the disabled and fare caps for those on low incomes.

Increased funding for youth services, including updating children’s play areas and fixing hazardous equipment would all be part of a needs-based emergency budget which a socialist council would implement, to ensure that first and foremost it is the people of the city who are being prioritised for investment.

TUSC stands on a platform of using the council’s powers to pass an emergency needs-based budget. Part of this budget would involve the re-funding and re-opening of youth services which have been cut by austerity politicians.

We would work with community groups to develop programmes and youth events, with young people having a direct say in what activities would be put in their areas.

More waste bins in parks and greater public accessibility to waste bags, gloves and sanitiser at those bins is a start.

Greater investment in street cleaning teams, employed by the council, would help solve the issue of all waste on our streets not just from dogs.

Rubbish collection in Brighton is shambolic for a city that is supposed to be a “green” city.

For starters, single dumpsters for whole streets of people is unacceptable and more communal bins/recycling needs to be placed in residential areas to prevent overflowing and animals ripping the bags.

Secondly, the council needs to bring refuse collection in-house where it can be controlled properly and missed areas prioritised

I’ve already been door to door meeting many people, both in the residential areas and on Sussex Campus, where I’ve attended demos in support of the students there, who would be my constituents if I won.

I would hold regular meetings and regularly walk my ward to ask people what they want to see change. I believe in being democratically accountable every single day to the people who elected you to serve them.