Anger after racecourse puts up fencing to stop walkers’ cut through 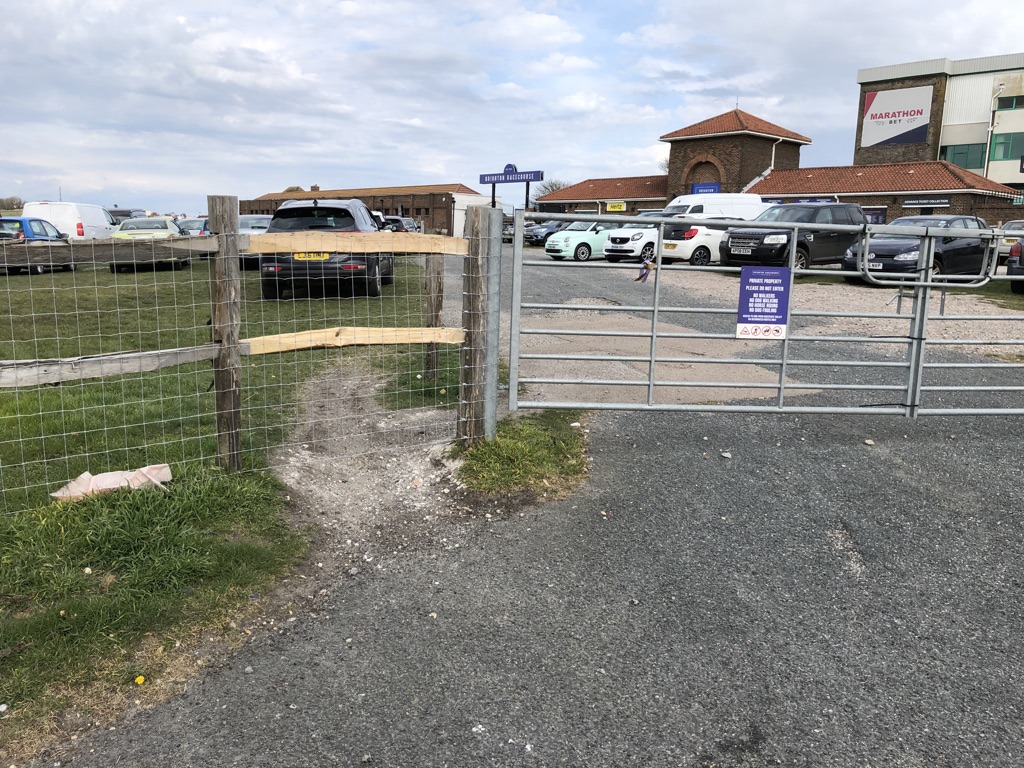 Part of the new fencing put up around the racecourse. Picture by Trevor May

Walkers who have cut across Brighton Racecourse’s car park for decades are furious after the owners put up fences preventing access.

The fences have been put up along the top of Freshfield Road, stopping pedestrians coming up from Whitehawk and the Pankhurst estate from cutting through to Warren Road.

And because there’s no pavement on the racecourse side of the road, they now have to cross a busy road – and to get to the racecourse and vaccination centre, walk on the driveway with moving cars.

Ward councillor Elaine Hills said she is looking into the issue hoping the racecourse will reconsider.

And other residents said they were looking into how to establish the route as an official right of way, for which they would have to prove it’s been used for at least 20 years.

One, Em Chadwick, said: “I have lived on Bear Road for over 20 years and often walked up there with no bother.

“I had issues crossing once in all that time but that is because the racing was on which is fair enough. But now they seem determined to block all routes.”

Dan Robertson said: “My mum was put out a bit recently and had to go the long way round. Not exactly fair on people who are less-abled on their feet to have to take that route when they’ve been walking directly to the garden centre without any fuss for decades.”

Cllr Hills said: “It is really disappointing that the racecourse owners have made this decision without thinking of the needs of the local community. People walk across there a lot, me included, and we have been able to cross there for as long as I remember.

“The fencing makes it very difficult for people to get to and from Dobbie’s Garden Centre safely on foot. We’re not yet sure what the situation is with regard to rights of way but fellow Hanover and Elm Grove councillor David Gibson and I have raised this with council officers.

“We are very much hoping that public access will be reinstated once again, once the strength of feeling from the community becomes known.”