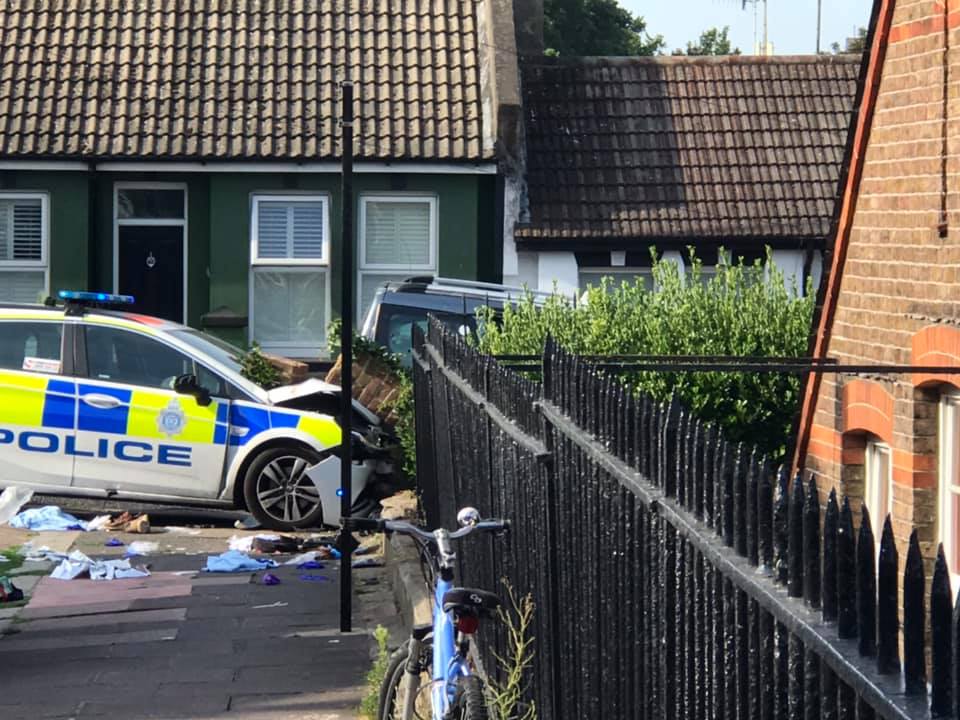 A Brighton police officer has denied dangerous driving over a crash which left a pedestrian with serious leg injuries.

The charge followed an investigation by the Independent Office of Police Standards into a crash at 7.40am on 17 July, 2019 in Bear Road.

The Vauxhall Astra police car driven by Wellfare crashed into a wall near the junction of Riley Road, hitting Andy Gunn.

Mr Gunn was left with leg injuries which he is still recovering from. Both Wellfare and his passenger, PC Boswell, were left with minor injuries.

Wellfare had been responding to an emergency call connected with the theft of a motocross motorbike from Stanmer Park.

A 16-year-old boy and 20-year-old man were arrested by armed police later that morning. Both were later released and no charges were brought.

Wellfare, of Stone Cross, Pevensey, spoke only to confirm his name and address and to say he was pleading not guilty.

He was committed to Lewes Crown Court, where he will appear for a plea and directions hearing on 3 June. He was released on unconditional bail.