The interim chief executive of the Greater Brighton Metropolitan College (GB Met) is to take on the same role at the Chichester College Group in West Sussex. 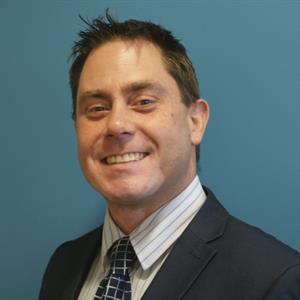 Andy Green, 52, has been on secondment at the Met from the Chichester College Group since last August where he worked as executive principal and deputy chief executive.

Mr Green will take over from Shelagh Legrave, 63, who was made a CBE in the Queen’s Birthday Honours List earlier this month and is to become a further education commissioner.

The changes are happening as the Met and the Chichester College Group work on their plan to merge which was announced at the start of April.

The proposed merger comes four years after City College – or Brighton Tech to older residents – and Northbrook, in Worthing, formally combined to become the GB Met.

The Met has Brighton campuses in Pelham Street, which has recently had a £21 million upgrade, and on the site of the old Stanley Deason secondary school in Wilson Avenue.

Mr Green worked at City College from 1996 to 2010, rising to vice-principal under former principal Phil Frier, and owned the Brighton Film School for nine years before selling it in 2018.

Since joining the Chichester College Group, it has been rated “outstanding” by Ofsted – in 2020 – while in the autumn of the year before the education watchdog told the Met it “requires improvement”.

“He has a strong vision for our future and an enduring commitment to our group mission of ‘changing lives through learning’.”

Dr Sarmecanic added: “We are confident that Andy’s experience will lead us forward in the next stage of our journey, maintaining our ‘outstanding’ status as we continue to grow as a group.”

Shelagh Legrave said: “Although it is with a degree of sadness that I am leaving CCG after so many happy years, I am pleased to know I am leaving its leadership in Andy’s capable hands.

“Having worked alongside Andy for so many years, I know how much the group and our colleges mean to him.

“I wish him all the best for his new role and I look forward to seeing the group continue to thrive and develop.”

Mr Green, who worked for House of Fraser and Boots before retraining as a teacher, said: “I am honoured and privileged to be appointed as the new CEO of Chichester College Group.

“I passionately believe in the important role that FE (further education) colleges play in the prosperity and wellbeing of our local communities.

“I am totally committed to our mission of ‘changing lives through learning’.

“I am looking forward to working with our staff, our customers and our stakeholders to continue the success of Chichester College Group.”