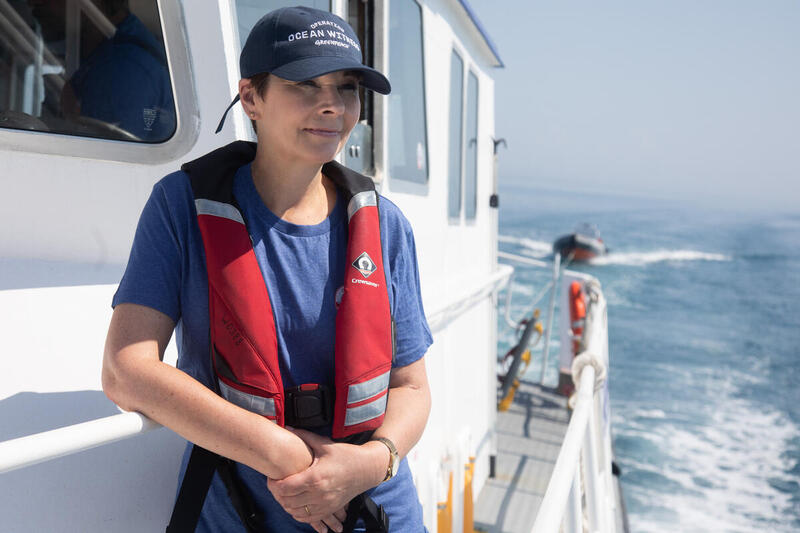 Caroline Lucas joined Greenpeace activists at sea on Tuesday in a protest against destructive industrial fishing in protected areas off Brighton.

Greenpeace dropped large boulders in the Offshore Brighton Marine Conservation Zone to stop the harmful practice of bottom trawling, which it says happens for thousands of hours every year there despite its protected status.

They displayed a banner reading “This is a marine protected area”, before asking the vessel to stop fishing and leave the area. The fly shooter immediately hauled its gear and left. 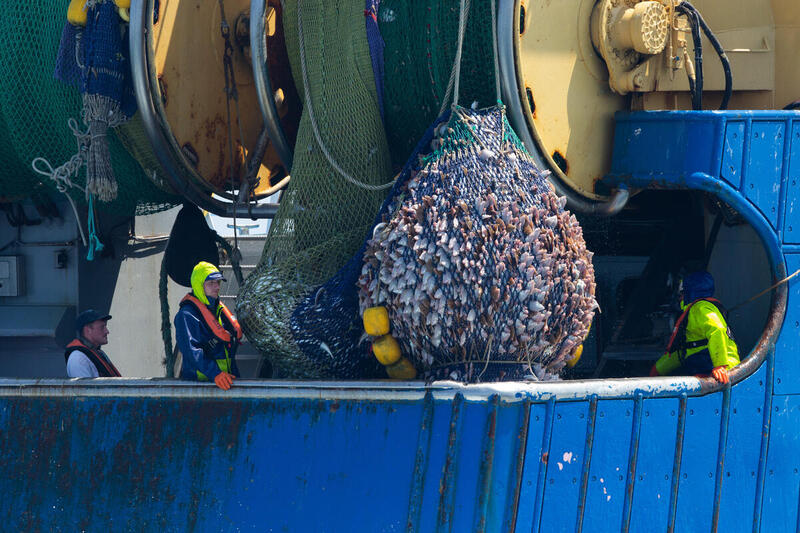 Ms Lucas said: “This area off Brighton is supposed to be a marine protected area. Yet it’s clear that the government is turning a blind eye to hugely destructive industrial fishing which continues to take place there.

“When I’ve raised it with ministers, they’ve failed to show any urgency in banning it. But if the government can’t ensure the protection of areas like this, it makes pledges to safeguard 30 percent of land for nature completely meaningless.

“Protected status has to be backed up with measures to keep land and marine areas safe for biodiversity and the recovery of nature.”

Fiona Nicholls, an oceans campaigner at Greenpeace UK, said: “It’s heartening when members of Parliament like Caroline Lucas put their time and effort into joining us at sea to bear witness to the destructive industrial fishing that is ripping up supposedly protected patches of seabed with alarming regularity.

“MPs from across the political spectrum are concerned about this issue – 85 of whom joined us in signing an open letter to the environment secretary last year, calling for such fishing practices to be completely banned from all of the UK’s Marine Protected Areas.

“There’s no point saying an area of seabed is protected, while still allowing bottom trawlers to plough that seabed for thousands of hours each year.

“Our government needs to deliver on its Brexit promise to level up ocean protection and ban destructive industrial fishing from all of the UK’s protected areas.

“This should include bottom trawlers, supertrawlers and fly shooters, and would make the UK a genuine leader in marine protection. It would revive our struggling coastal communities and save our oceans, so what is this government waiting for?”

Bottom trawlers spent 68,000 hours fishing in UK protected waters in 2020 and nearly all the protected areas were affected. This is legal because the UK government has failed to implement restrictions on industrial fishing methods like bottom trawling in the UK’s MPA network.

The UK government has consulted on bottom trawling restrictions in four offshore English protected areas following Greenpeace boulder deployments in September 2020 and February 2021, and has hinted at further restrictions on bottom trawling across England’s 40 offshore MPAs, though details are yet to be made public and the proposed timeline is three years.

Greenpeace is calling on the UK government to get ocean protection done by banning bottom trawlers, fly shooters and supertrawlers from all UK marine protected areas as a matter of urgency.

This would ensure we have healthy seas for future generations, and revive the UK’s struggling coastal communities.