Hove school to shrink in size from next year

A primary school in Hove will take fewer children from next year after losing an appeal.

West Blatchington Primary School is one of eight primary schools originally earmarked by Brighton and Hove City Council to reduce its intake.

The school will have only one form of entry – or a cap of about 30 pupils – from September next year.

Governors at the school, in Hangleton Way, appealed to schools’ adjudicator Deborah Pritchard about how the council carried out a public consultation last autumn and cut the school’s admission number from 60 to 30.

The council forecast 325 spare places this September, rising to 744 by 2024, if it took no action. Its estimate was based on the number of newborn children registered with a GP.

It proposed reducing the intake at schools with more than one form of entry rather than close an infant or primary school.

This year, the parents of 24 children listed West Blatchington as their first choice and 27 youngsters were offered a place to start in September.

Last year, 34 parents made the school their first choice and 38 children were offered a place in reception.

The governors appealed against the cut because, they said, operating as a one-form entry school would limit the benefits offered to disadvantaged children.

The most recent figures indicated that almost half of the children at West Blatch were eligible for the pupil premium – for disadvantaged children – and 44 per cent received free school meals.

A third of pupils spoke English as an additional language, a third had special educational needs and disabilities (SEND) and 12 per cent had an education, health and care plan, with four more pupils in the process of receiving plans.

The school has an 18-place specialist facility for children with autism. Children split their time between the unit and mainstream classes.

The governors said in their appeal that restricting each year group to 30 pupils would make joining a mainstream class “challenging” for children with autism. 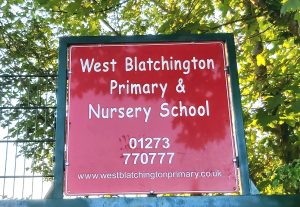 The report said: “It was, therefore, the view of the governing board that a PAN (pupil admission number) of 30 would overly constrain the number of children that it was able to admit and support.

“The particular concern was for those children with additional needs that the school might be unable to properly support if they were admitted after September 2022.”

West Blatch is currently operating with a budget deficit which the governors attributed to the high level of additional needs among children at the school.

The adjudicator said that if the school offered two classes with fewer than 30 pupils, it would be an expensive model, as funding depended on the number of children attending the school.

She said: “While I can see that it would benefit the children if the school were able to have two classes of around 25 in each year group, it was not clear to me how a PAN of 60 would help to realise the governing board’s aspirations.

“To put it at its simplest, children had not been joining the school in these numbers even before the forecast reduction in demand.” 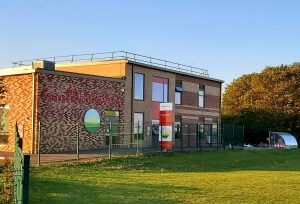 The governors won backing from the Schools’ Adjudicator over the way the consultation was carried out last year.

They said that the consultation was flawed because it was not properly accessible to those who spoke English as an additional language, was unfair, lacked transparency and decisions were made based on misleading information.

Ms Pritchard said that the council could have done more to engage with families who speak English as an additional language but had met the requirements.

However, she upheld the complaint that the council did not contact the governing body directly about its consultation which is a requirement.