Children need a crossing by the cemetery more than a cycle lane, says councillor

Forget the Old Shoreham Road cycle lane, a Hove councillor said, it’s time to put in a crossing by the cemetery. 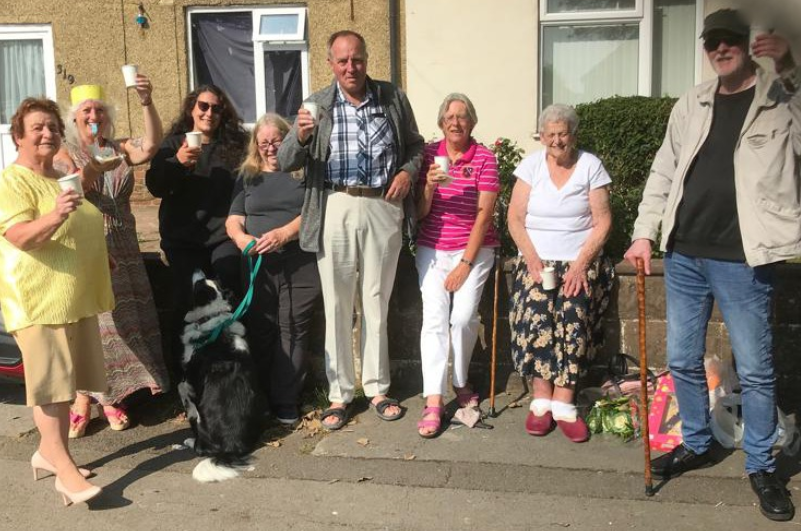 Conservative councillor Dawn Barnett said that a crossing would make more sense and help more people who don’t want to rely on a car to get around.

The Hangleton and Knoll ward councillor has previously called for a crossing by the cemetery gates, along with her colleague Councillor Nick Lewry.

She is now repeating her call for a crossing for the many children who live south of Old Shoreham Road and who cross the road to go to school.

She spoke out after celebrating the scrapping of the cycle lane with local residents.

Councillor Barnett said: “It was great to meet with residents again to mark the completion of works to remove the temporary cycle lane in Old Shoreham Road.

“They are thrilled that the cycle lane has been removed and that Stapley Road will stay open – and we’ve had a lot emails from residents saying how thankful they are that it’s gone.

“The roads are now clear with no hold-ups and no fumes from cars queuing up, especially around the refuse tip.

“If activists can have a mock funeral procession protest at Hove Cemetery – which I think is disgusting when genuine mourners show their respects to loved ones buried there – we can certainly have a celebration.

“We had a celebratory glass of wine and a piece of cake to mark the completion of works.” 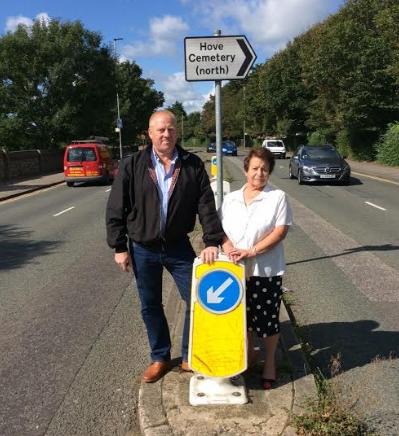 A crossing by the cemetery would also help funeral processions as they come and go as well as those who visit the graves of those they have lost, she added.

Many children also cross Old Shoreham Road after heading through the Aldrington tunnel on their way to school.

It took years of campaigning to have a crossing put in there and many now use it before they walk up Holmes Avenue each morning and back each afternoon.