A writer from Brighton has been awarded the Nobel Prize in Literature which comes with a prize worth more than £835,000. 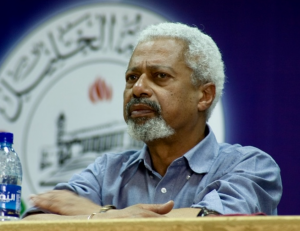 Abdulrazak Gurnah, 72, won the prize “for his uncompromising and compassionate penetration of the effects of colonialism and the fate of the refugee in the gulf between cultures and continents”.

As well as being the author of 10 novels, he is was a professor of literature at the School of English, University of Kent, Canterbury.

Professor Gurnah was born in 1948 in Zanzibar, now part of Tanzania, and came to England as a refugee in the 1960s after a revolution.

The Nobel Committee said: “After the peaceful liberation from British colonial rule in December 1963, Zanzibar went through a revolution which, under President Abeid Karume’s regime, led to oppression and persecution of citizens of Arab origin. Massacres occurred.

“Gurnah belonged to the victimised ethnic group and after finishing school was forced to leave his family and flee the country, by then the newly formed Republic of Tanzania. He was 18 years old.

“Not until 1984 was it possible for him to return to Zanzibar, allowing him to see his father shortly before the father’s death.

“Gurnah has until his recent retirement been professor of English and post-colonial literatures at the University of Kent in Canterbury.

“He has published 10 novels and a number of short stories. The theme of the refugee’s disruption runs throughout his work.

“He began writing as a 21-year-old in English exile and, even though Swahili was his first language, English became his literary tool.

“He has said that in Zanzibar, his access to literature in Swahili was virtually nil and his earliest writing could not strictly be counted as literature. 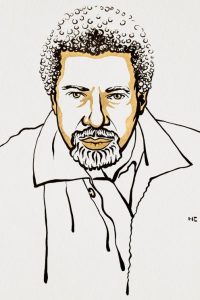 “Arabic and Persian poetry, especially The Arabian Nights, were an early and significant wellspring for him, as were the Quran’s surahs.

“But the English-language tradition, from Shakespeare to VS Naipaul, would especially mark his work.

“That said, it must be stressed that he consciously breaks with convention, upending the colonial perspective to highlight that of the indigenous populations. 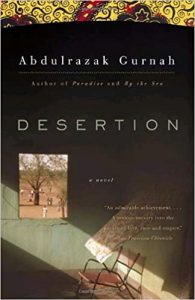 “Thus, his novel Desertion (2005) about a love affair, becomes a blunt contradiction to what he has called ‘the imperial romance’, where a conventionally European hero returns home from romantic escapades abroad, upon which the story reaches its inevitable, tragic resolution.

“In Gurnah, the tale continues on African soil and never actually ends.”