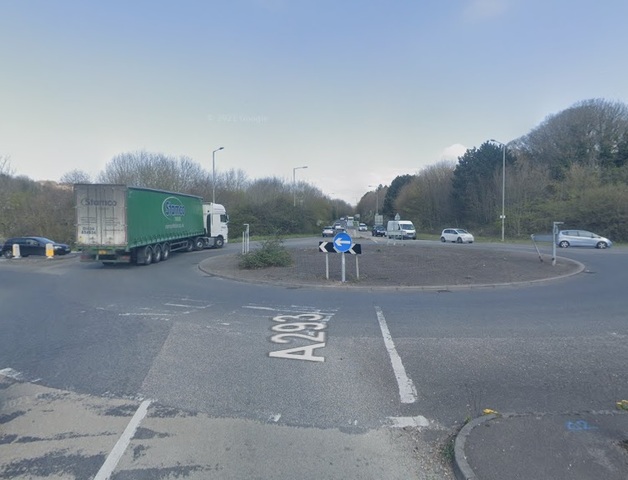 Councillors want to see a footbridge built across a busy junction to link communities split by a major road.

Hangleton and Knoll councillor Tony Janio wants a report into funding a pedestrian bridge across the Hangleton Link Road (A293) to allow people to cross from Hangleton Lane to Fox Way.

The former Conservative group leader, now independent councillor, hopes money received from developers through the Community Infrastructure Levy (CIL) to cover the cost of a footbridge, long called for by both Hangleton and Knoll and North Portslade councillors.

In his motion before the Full Council on Thursday 16 December, Councillor Janio said: “The construction of the Brighton Bypass has been a great success, but the necessity for a ‘Hangleton Link Road’ effectively severed informal links between North Portslade and Hangleton, as the level of traffic throughput through the Hangleton Lane/Hangleton Link/Fox Way roundabout means it is treacherous to cross.

“A permanent improvement to the crossing has been requested by local councillors over many years, as the demand to cross this busy junction has not abated.

“Some improvements, such as the improvement of sightlines, a reduction of the speed limit, and other ways of slowing the traffic, are possible solutions, but the only sensible way to re-establish the link between the communities of North Portslade and Hangleton would be to provide a pedestrian bridge.

“The introduction of the CIL provides an opportunity to access the required funds to fund the long-awaited pedestrian bridge.”

Councillor Atkinson is aware any potential funding is likely to come from large housing developments in the area.

He said: “This doesn’t mean that I’m in favour of a potential development although it could prevent further housing on the Benfield Valley site.

“It will be down to the Planning Committee ultimately, and if it did get the go-ahead, we want to make sure that any monies attached to the application is put to good use and for the benefit of the local community.

“This crossing is a very dangerous one and is one of the longest-standing issues that residents have contacted me about since I was elected in 2015.”