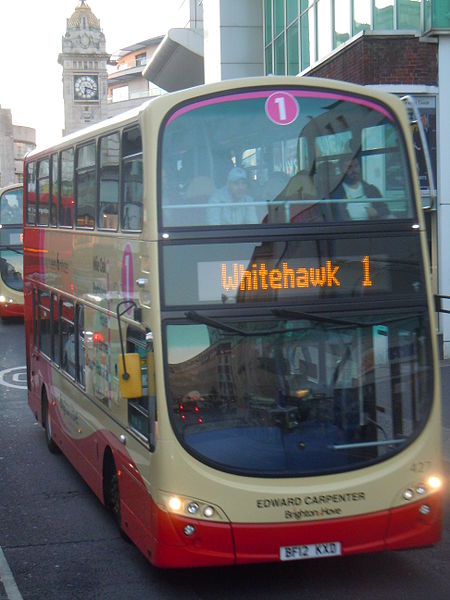 Campaigners hoping new bus funding would be used to improve school services in East Brighton say they are “underwhelmed” by the vagueness of plans to spend it.

Brighton and Hove was given £27.9 million to improve services and get more people onto buses by the Department for Transport (DfT).

Community group Class Divide wanted some of the money to be spent on making it cheaper for disadvantaged children from East Brighton to get to school, particularly Longhill in Ovingdean.

Last night, councillors approved the first draft of a spending plan, which prioritised free travel for accompanied children and cheaper fares for younger people and within the city’s suburbs.

But the plan – called the Bus Service Improvement Plan (BSIP) – is unlikely to include school services, as it is not intended for services the council either has a statutory responsibility for or already funds.

Although it could be used to help introduce a new bus service in the area, options are still being explored and have not yet been shared.

Carlie Goldsmith from Class Divide said: “We were led to believe there would be some hope for young people living and growing up in Whitehawk, Manor Farm and Bristol Estate.

“But apart from a vague commitment to a later Longhill bus, which we welcome, there is nothing in the current draft plan that will improve the ability of some of the poorest children in the Brighton and Hove to travel around the city, and most importantly get to school.”

The plan, which would run for three years, was approved unanimously as last night’s Environment, Transport and Sustainability (ETS) committee.

Green councillor Hannah Clare said it was “shameful” that Longhill School starts earlier partly due to the poor bus connections.

Other ideas to be explored are standardising the prices of cashless fares, a review of bus stops to improve the speed of services, and building ‘superhub’ bus shelters with green roofs, wi-fi and interactive screens.

The committee chair Steve Davis said: “We did set the bar high and we asked officers to be bold with this once in a generation type of funding.

“This funding does come with caveats. but this is a well thought out report and gives us a sound basis for investment, not just to sustain our bus numbers.