A hundred volunteers helped count and clear litter from beaches in Hove as part of the Great British Beach Clean. 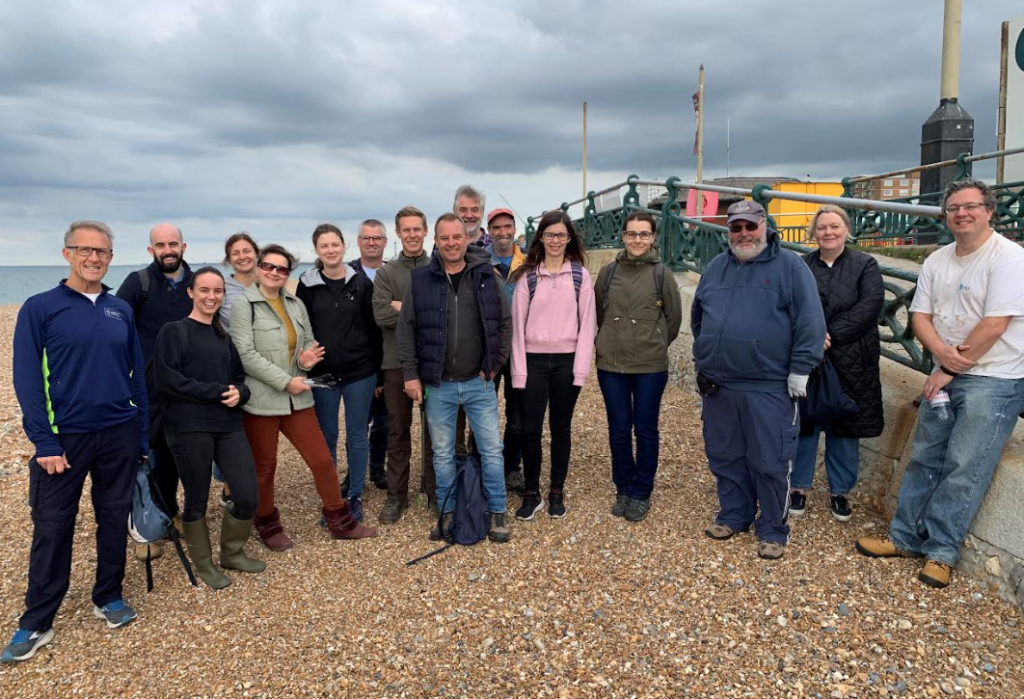 Sixteen of the volunteers were well placed to count the different types of rubbish – they were finance workers from UK Power Networks which maintains the electricity network including power lines and cables.

The beach clean was organised by the Marine Conservation Society and between them the volunteers collected 4kg – or nearly 9lb – of rubbish in a stretch measuring just 100 metres.

Across the wider beach they picked up an extra 18kg of rubbish – about 39lb or almost 3 stone.

The Marine Conservation Society also runs the Source to Sea Litter Quest which is an inland litter pick and survey.

Data on the types of rubbish found on the shore is used to understand the most common items polluting beaches – and what can be done to prevent that pollution. The survey data also contributes to a global database, International Coastal Cleanup.

Shauna Osborne, one of the volunteers from UK Power Networks, said: “I had a really enjoyable day with my colleagues. It was so nice to get together and support such an important organisation.”

Most of the litter – almost 60 per cent – appeared to have been left by the public and some by fishermen, with very little shipping waste. And more than 70 per cent of what was found on the beach close to the King Alfred Leisure Centre was plastic or polystyrene.

As well as “lots of cigarette butts”, there were half a dozen corks, three bottles as well as fragments of glass, some balloons and several items of clothing along with shoes and towels. The volunteers found almost a dozen wet wipes and about 20 wooden lolly sticks or takeaway chip forks.

UK Power Networks staff took part through the local electricity company’s volunteer scheme “Donate a Day” which gives them two days a year to volunteer in their local community.

After the beach clean last month, Marine Conservation Society beachwatch officer Clare Trotman said: “Thanks to all the volunteers from UK Power Networks who joined us at Hove.

“Every piece of litter collected not only cleans our beaches but recording it provides vital data that we then use to campaign for cleaner seas in the future.”

The society said: “Eighty per cent of marine litter comes from land-based sources finding its way into streams, rivers or drains and ending up in the ocean where it causes problems for ecosystems and sea life.

“We’ve used data collected in previous years to make the case for carrier bag charges across the UK. Wales introduced charges in 2011 followed by Scotland in 2014 and England in 2015.

“We know policies like carrier bag charges work. Since their introduction across the UK, we’ve seen a 61 per cent drop (2011-21) in the number of plastic bags we’re finding on beaches.

“The more data we collect, the more policies we can push for to make beach and ocean pollution a thing of the past.”

To get involved in a beach clean with the Marine Conservation Society, click here.