Sir Ian McKellen does panto in Brighton this year 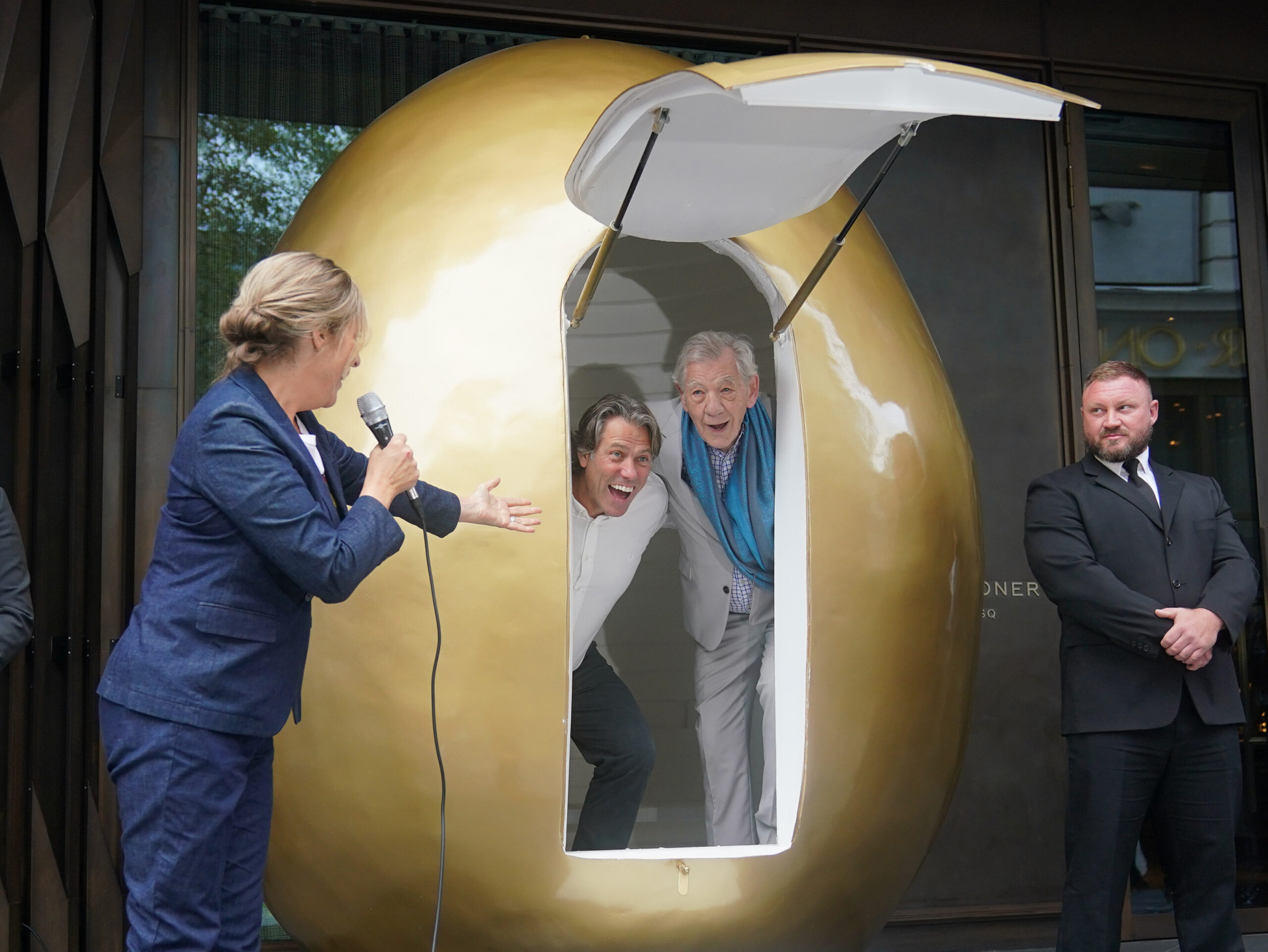 Actor Sir Ian McKellen and comedian John Bishop at the announcement of a UK tour of the pantomime Mother Goose.

Sir Ian McKellen is to tread the boards as Mother Goose in Brighton this Christmas.

The acclaimed actor, 83, will play the eponymous lead role alongside comedian John Bishop as Vic Goose and actor and former Bake Off presenter Mel Giedroyc as the Goose.

Written by Coronation Street’s Jonathan Harvey and directed by Cal McCrystal, the show will open at the Theatre Royal Brighton from December 3 to 11 before a West End run at the Duke of York’s Theatre between December 15 and January 29.

It will then tour the UK until Easter, visiting the Liverpool Empire, Oxford New Theatre, Wales Millennium Centre Cardiff and more.

The pantomime tells the story of Mother Goose and her husband Vic, who run an animal sanctuary and live a wholesome life inside an abandoned Debenhams department store, but the sudden arrival of a goose causes upheaval.

The three stars came together to launch the show at the Londoner Hotel in Leicester Square on Monday, where Sir Ian climbed out of a giant golden egg before posing for photos with his co-stars.

Speaking at the launch, he told the PA news agency: “It is a serious story told comically. It is about good and bad, and of course good always triumphs in a pantomime.

“Everything has gone haywire and it is all for the audience to have a good time. That is the only reason you do it.

“But what intrigues me is that it is has come out of this country. And America has never seen a panto, as far as I know.”

The production is described as “the ultimate theatrical feast full of fun, farce and more than a couple of surprises that will make you honk out loud”.

Sir Ian, who appeared in drag as Widow Twankey in Aladdin at The Old Vic between 2004 and 2006, called for the Government to directly subsidise pantomime.

He said: “I have done pantomime before once and I enjoyed it so much, simply because the audience did.

“The only reason that we do what we do is to entertain people. If they don’t have a good time we haven’t done our job properly.

“Of all the forms of live entertainment, pantomime is the one in which the audience and the performer are actually together. If you can get it right it is magical.

“It is really basic stuff and live entertainment, there is not enough of it around, and it is so special. You can’t have that pantomime euphoria in front of the TV.”

Bishop said appearing alongside Sir Ian was a large factor in him taking the role.

The comedian, who has appeared in recent episodes of long-running BBC One series Doctor Who as Dan Lewis, said: “Let’s be honest. He is a legend, isn’t he? So everybody involved in this production is raising their game a little bit.”

Set and costume design is by Liz Ascroft, choreography by Lizzi Gee, lighting design by Prema Mehta, sound design by Ben Harrison and puppet design and creation by Chris Barlow.