Trans patient dies after hanging himself outside Brighton hospital A&E

A trans patient has died hanging himself outside the A&E (accident and emergency) department at the Royal Sussex County Hospital in Brighton.

Matty Sheldrick, 29, from Hove, moved to the area with his dog Lola a year ago to study and live among the trans, non-binary and intersex (TNBI) community.

The Clare Project, the transgender support group, said: “He had a complex history with mental health and in autumn 2022 had a three-week stay in A&E (at the Royal Sussex).

“When requiring a mental health unit stay, quite simply there were no beds for him to go to.

“During their stay, they also experienced several meltdowns due to lack of support for their access needs, despite these being made very clear (in written notes/briefing etc) by those who called an ambulance for him and his next of kin.

“Matty’s mum called the hospital nearly every day, alongside family/PA visits, in order to advocate for Matty’s needs.

“There were occasions where they were also questioning Matty’s gender and where they should or could go for support as they were transgender and autistic.

“Matty was discharged home after three weeks despite, during this time, Matty attempting to take their own life on site and stating they could not keep themselves safe at home.

“Matty shared that, during their stay in A&E, there were a couple of occasions they were forcibly restrained and one case where they were also injected with sedation despite consent not being sought.

“Over the course of the next two to three weeks following discharge, Matty had several engagements with NHS crisis team, their GP and the Clare Project where they stated they were still struggling with thoughts around suicide.

“On Halloween, Matty was called an ambulance by the Clare Project again. Paramedics attended and stated there was nowhere to go but A&E.

“Because of the trauma/abuse previously inflicted on Matty at A&E, he did not feel safe to go there again, only to be forcibly discharged back home.

“On Thursday 3 November, Matty called themselves an ambulance in a desperate call for help. They attended A&E and awaited a mental health capacity act assessment on Friday 4 November.

“On the Friday, Matty attempted to hang themselves in the bathroom facility of the hospital where they were intervened by staff.

“Matty had a meltdown following the distress of this and a staff member was unintentionally hurt in the process, to which the hospital called the police.

“The police attended and refused to arrest Matty as what they could see was a young person in much distress. 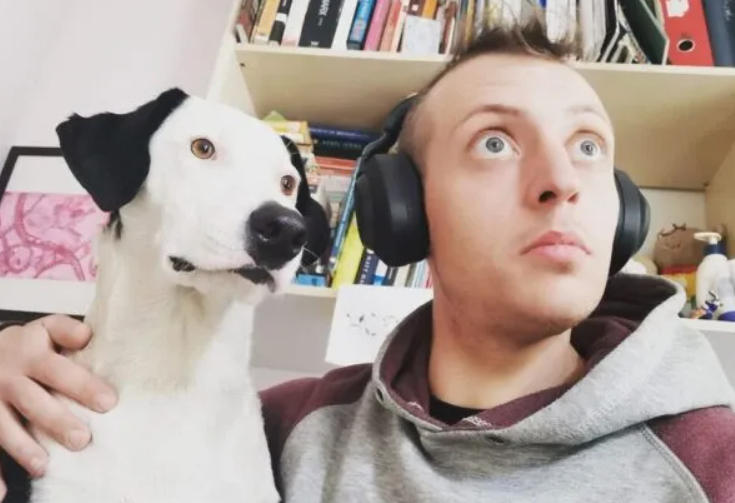 “On Friday 4 November afternoon, Matty was deemed within capacity by the mental health capacity assessment and told they had to leave A&E the following morning.

“That night, Matty walked through the entrance of A&E and publicly hung himself from a road sign at the opening of A&E’s driveway on Bristol Gate, no more than 30m from A&E’s front door.

“At this stage, we are uncertain how long Matty was hanging but they were found by a member of the public who called into A&E for help.

“Matty was resuscitated and went into cardiac arrest that resulted in serious medical complications that eventually led to their death in ICU (the Intensive Care Unit) 17 days later – only two days after the Trans Day of Remembrance 2022.

“Matty’s family, GP, ourselves and the community are advocating for a full and thorough investigation.

“We are calling on Sussex Partnership Foundation Trust (who run mental health services) alongside University Hospitals Sussex (who operationally run A&E) to declare this a serious incident requiring investigation and for a full criminal investigation to be carried out by Sussex Police.”

The Clare Project wants an investigation to establish whether there was gross negligence and whether the handling of the case would cross the threshold for a corporate manslaughter charge.

Matty’s mother Shelagh Sheldrick said: “Matty was a kind, gentle, creative soul who was reaching out for a place of safety and support to help manage his tormented mind.

“The options in mental health services for most and particularly for Matty as a neurodivergent trans person are minimal.

“This caused them additional distress which contributed to their tragic death in the place he was supposed to be kept safe and cared for.

The coroner has been informed and is expected to open an inquest in due course.

Sussex Partnership Foundation Trust is understood to have started a serious incident review. The trust said: “We offer our sincere condolences to the family and friends of Matty Sheldrick and all those affected by their death.

“The circumstances leading up to what happened will be investigated fully with our NHS partners and the findings will be shared with their family when complete.

“As is normal practice, the investigation report will also be shared with the coroner to assist her investigation.”

The Clare Project added: “We are horrified by the gross negligence, discrimination and abuse that Matty endured while under the care of Sussex Partnership Foundation Trust’s (SPFT) mental health team at A&E.

“As a community-led charity supporting hundreds of TNBI adults across Sussex, we are aware of self-harm and suicide becoming increasingly common among our peers, with 43 per cent considering suicide throughout the recent pandemic.

“It is profoundly disturbing that although multiple agencies raised the alarm with SPFT’s emergency services regarding Matty’s need for critical mental health support, they were instead abused and rejected.

“We are concerned for the future of our community in a city which denies our most vulnerable members the right to survive safely, also within the very trust which endeavours to provide the recently awarded Sussex Gender Service contract.

“As an autistic and trans young adult, we believe the gross negligence inflicted by SPFT was exacerbated by ableist discrimination and transphobia, and will continue to support Matty’s family in pursuing all possible avenues for justice.”

Anyone feeling suicidal or in emotional distress can call the Samaritans free on 116 123 or at the local rate on 0330 094 5717. Advice and information are available for those with thoughts of suicide from Grassroots Suicide Prevention or Preventing Suicide in Sussex. There also apps such as Stay Alive and Papyrus UK.