First look at how new theatre cafe bar will look 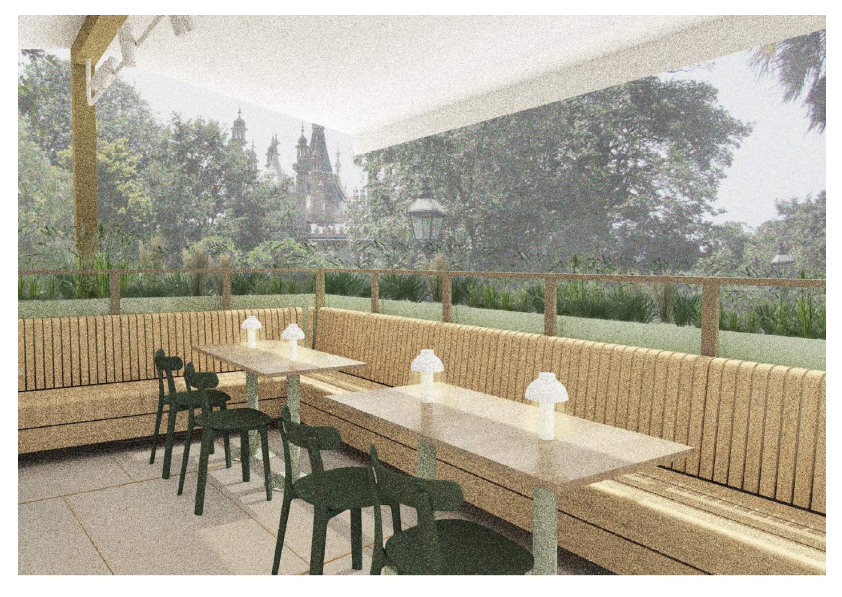 The first images of how a new cafe bar overlooking the Pavilion Gardens will look have been published.

Red Roaster is in the final stages of being awarded the tender for a new cafe at the Dome Studio Theatre when it reopens later this year after a major refurbishment.

The coffee chain has already won a battle for an alcohol licence – and now its plans for the new bar’s terraces have been published. 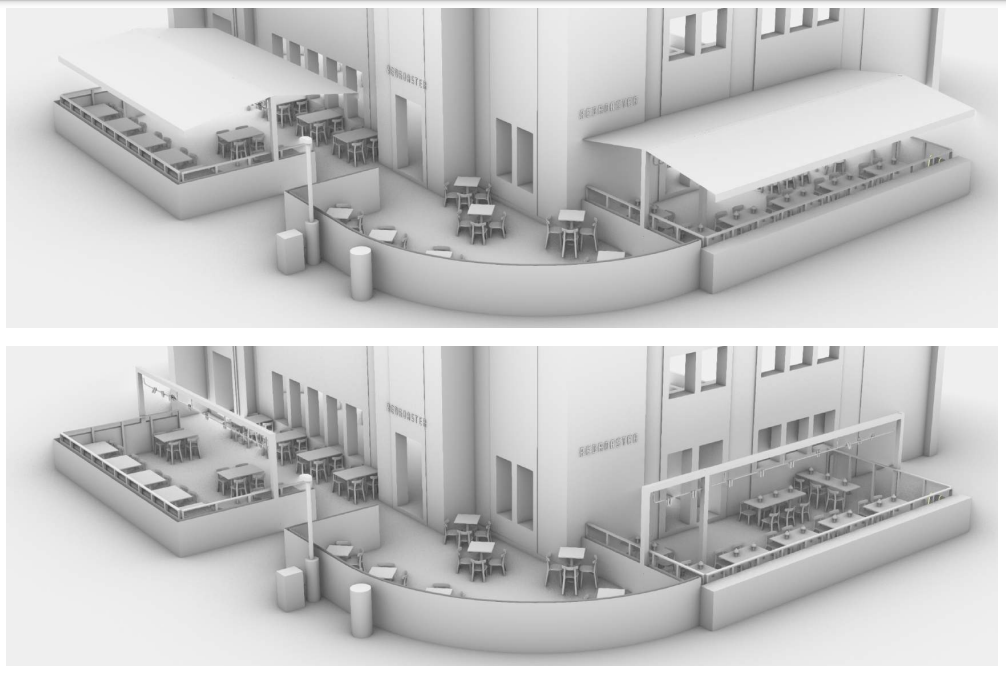 The artist’s impressions are included in a planning application to Brighton and Hove City Council for new awnings, windows, planters and filigree screens to create an outside dining area off New Road.

The application, written by planning consultants Lewis and Co Planning, says: “The restaurant area is ideally located on the south west corner of the Brighton Dome, adjacent to the Pavilion Gardens to the south, with the shared space of New Road to the west.

“The lease includes external areas to the south and west of the building. Therefore, the intention is to provide formal external seating in these areas, to activate the frontage of Brighton Dome and maximise the offering from Redroaster.

“The proposed awnings would allow these areas to be used on a year round basis.”

It adds: “A clear delineation between public space and the proposed seating areas is included as part of the design, so public space will continue to be clearly legible following development.

“This also means there is no potential for the size of the seating area to inadvertently increase. The amenity and use of the pavement and surrounding public spaces is protected.”

Officers pointed out the premises are in the middle of an area which is troubled by street drinkers, with police called to 800 incidents within 300 yards in just one year.

But a licensing panel of three councillors decided there were exceptional circumstances given the long track record of both Red Roaster and the Brighton Dome.

The new cafe bar would seat 34 customers inside and 118 outside.

The Dome Studio Theatre – previously the Pavilion Theatre – and the Corn Exchange next door are ending the end of a five-year restoration project.

Once finished, the Royal Pavilion and Museums Trust hope to embark on the next stage of restoring the Pavilion Estate.

They are currently drawing up plans to restore the gardens, which could include fencing them off and closing them at night.

It’s also likely the statue of Max Miller – which sits right next to where the new cafe will be – would be moved further along New Road.