A Brighton medical student has been told that she faces a long jail sentence for her involvement in the death of a young television executive. 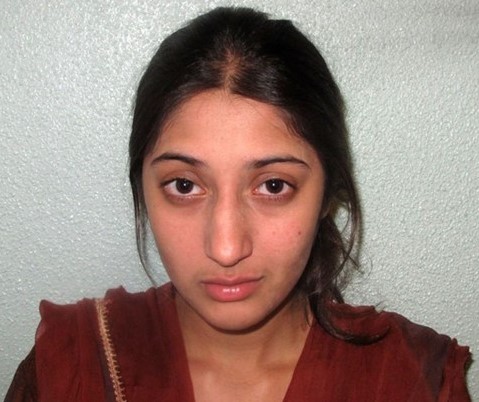 Mundill Mahil, 20, lured Gagandip Singh to her home in Gladstone Place, off Lewes Road, Brighton, and led him to her bedroom.

Lying in wait for Mr Singh there were two men who beat him senseless while Mahil sat in the kitchen eating key lime pie and ignoring his desperate pleas for help.

The pair wrapped the unconscious Mr Singh in Mahil’s bedding and put him in the boot of his blue Mercedes car.

They then drove it to Blackheath in southeast London where they doused Mr Singh, who was still alive, and the car in petrol and set it on fire. He died from breathing in smoke.

Mahil, a second-year student at Brighton and Sussex Medical School, was convicted by a jury at the Central Criminal Court – the Old Bailey – in London of causing grievous bodily harm.

Mahil, of Maidstone Road in Chatham, Kent, had told the jury that Mr Singh had tried to rape her six months before the fatal night when she asked him to her home.

She said that she had wanted Shoker to give Mr Singh – known to his family as Gagan – a few slaps to persuade him to mend his ways, not to kill him.

Shoker and Mr Singh knew each other and both men were besotted with Mahil. Mr Singh, from southeast London, had even given the trainee doctor £12,000 towards her tuition fees.

But Mahil had told the five medical students with whom she shared her Brighton home that her “gangster” friends would sort out Mr Singh, who owned the Sikh TV broadcasting service.

Detective Chief Inspector Damian Allain, of the Metropolitan Police Homicide and Serious Crime Command, said: “Her actions were calculating and she was at the heart of a criminal conspiracy of tricking Gagandip to Brighton to seriously assault him, which ultimately resulted in his death.

“All this from a medical student, embarking on a career in the caring profession.

“I have no doubt that but for her actions, her deceit and trickery that night, Gagandip’s death would not have happened.”

Judge Paul Worsley told Mahil, Shoker and Peters that they would be given long sentences.

He released Mahil on conditional bail until Wednesday (29 February) when he will sentence all three defendants.

Shoker is from Charlton Park Lane, Charlton, and Peters is from Shooters Hill Road in Blackheath.