Youngsters from Brighton were held up on their way home from a youth team match when former England footballer David Beckham crashed his car outside the ground where they had played.

Beckham was reported to have suffered a minor injury to his shoulder in the crash outside the Arsenal training ground at Colney in Hertfordshire. 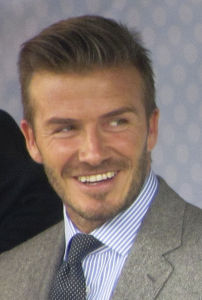 His 15-year-old son Brooklyn – a youth team player for Arsenal – was unhurt.

The woman driving the other car was taken to hospital.

A police spokesman said that a grey Audi RS6 had collided with a silver Mitsubishi Colt and that the male driver of the Audi was slightly injured.

Two of the Brighton and Hove Albion youngsters – Archie Davies and Thomas Cadman – tweeted about the incident after their side had drawn 3-3 in a game with the Arsenal under 18s.

Tom Cadman tweeted: “Weird to play against Brooklyn Beckham earlier. Even weirder to be currently stuck behind David Beckham as he has crashed his car.”

Both players’ tweets later appeared to have been deleted.

Beckham made his debut for Manchester United against Brighton and Hove Albion when he came on as a substitute in a League Cup first leg fixture in September 1992 at the Goldstone. The game ended in a 1-1 draw.