Brighton and Hove children’s chief spells out challenges ahead

Four more years of cuts to come will mean extra challenges for the team looking after children in care in Brighton and Hove.

Hard choices lie ahead for those charged with caring for children in Brighton and Hove and keeping them safe.

The death of Baby P in London and the Rotherham child sexual exploitation scandal are just two of the high-profile cases where things went badly wrong.

Four more years of public spending cuts will pile the pressure on the professionals but council bosses are expected to balance their budgets while fully meeting their duty of care.

Pinaki Ghoshal is the executive director of children’s services at Brighton and Hove City Council. He has been in post almost a year and a half. 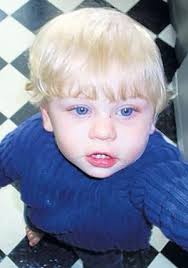 Among his responsibilities are about 470 children in care. Most are placed with foster parents. Hundreds more are monitored due to concerns about their welfare.

Mr Ghoshal has overseen the creation of the Multi Agency Safeguarding Hub – the MASH – where social workers share office space with police.

The aim is to encourage joint working, better information sharing and a more co-ordinated approach to child protection. After the initial investment in the physical infrastructure, the MASH should generate savings.

It is a good example of the approach being encouraged by the council’s “stop, start, change” consultation. He said that it showed how the tough financial climate didn’t just mean services would have to stop.

“Rather than us spending an inordinate amount of time chasing people and data around an individual case, everyone’s in the same place. The MASH is a shared front door.”

He said that it would ultimately bring together police, health and probation staff with the social workers who work in his department. He added that doing something more cheaply did not have to mean that it was done less well.

In broad terms Mr Ghoshal is expected to save between £4 million and £6 million a year every year for the next four years. Excluding money for schools, which is ringfenced, he has an annual budget of between £50 million and £60 million. Hence the need for hard choices.

A child with complex needs can easily cost the council a six-figure sum over a year. Some foster placements, particularly those made through specialist agencies, can be eye-wateringly expensive.

But it is probably impossible to avoid the need for agencies. Some have trimmed their fees in response to the financial pressures facing the council. But a drive by the council to cut costs by recruiting more foster parents directly has not achieved the desired result.

The number of referrals to social services has risen markedly since the death of Peter Connelly – known as Baby P. The figure has recently begun to plateau.

Of more concern is that the proportion of children referred to social workers is higher in Brighton and Hove than comparable areas. The reasons are hard to pinpoint although more parents here have drink, drugs and mental health problems. These don’t help.

Mr Ghoshal’s team has also focused on prevention. Not only is prevention better than cure, it’s cheaper.

The council was the top performer in the South East in a recent assessment of the Troubled Families initiative. Locally it is known as the Stronger Families, Stronger Communities programme.

Specialist staff give intensive help and coaching to struggling families. The council is financially rewarded for “turning around” these families.

The measures include tackling truancy, encouraging parents and carers off benefits and into work and reducing reports of anti-social behaviour or crime.

Again, success is proving worthwhile financially as well as on a human level. He said: “There are some families still in chaotic circumstances. You make improvements in some areas but they still need help.”

Mr Ghoshal doesn’t expect a run of easy wins as reduced budgets are debated over the coming months and years.

He said: “We spend quite a lot of money. It’s not always spent in the best way. We can do things better and it doesn’t necessarily involve spending more money.”

Some may say that’s just as well given the constraints that he and his team will face.