Brighton Kemptown MP Simon Kirby said that plans to improve the A27 will help ease congestion on the A259 coast road.

Mr Kirby was speaking after the government announced funding of about £350 million to improve the A27 east of Lewes, in Lancing and Worthing and by building a second bypass at Arundel.

The funding includes £75 million to turn the single carriageway stretch of the A27 between Lewes and Polegate into a dual carriageway.

The money for the road to the east of Lewes may be tied to whether the Airports Commission set up by the government recommends an expansion of Gatwick Airport.

Mr Kirby believes that this will draw drivers who currently use the A259 which suffers congestion in his constituency, notably in Rottingdean, Saltdean and Peacehaven.

Environmental campaigners were critical of the decision and said that adding capacity on the roads would just attract more traffic and add to pollution.

The Department for Transport (DfT) released a series of documents yesterday (Monday 1 December) making the case for a £15 billion national strategic roads programme.

The A27 was one of six routes to have been examined during the preparatory stages. Mr Kirby, a former member of East Sussex County Council, chaired the reference group making the case for an upgrade east of Lewes.

The DfT spoke about tackling missing links on the A27 and said: “The A27 is the only east-west trunk road south of the M25.

“It links the key coastal urban areas between Portsmouth and Eastbourne with each other and the rest of the SRN (strategic road network).

“Over three quarters of a million people are concentrated in the urbanised coastal area. The route also runs along and through the South Downs National Park.

“Over 60 per cent of the 67 miles length of road is dual carriageway, while four stretches of the road remain single carriageway at Arundel, Worthing and east of Lewes.

“The local economy has strengths in advanced engineering, tourism and other sectors and has accommodated substantial growth over the past decade.

“Over 60,000 new homes and substantial employment growth are expected to be developed over the next 15 years along the coast.

“There are a variety of short and long distance trips along the route, but few travelling end to end along the A27.

“The towns and cities attract additional traffic during the morning and evening peak hours and there are also seasonal increases in traffic.

“So, our aim is to address congestion at key hotspots, the delays for road users, separation of communities – notably in Arundel, Worthing and Lancing – air pollution, and an above average number of accidents.

“We are therefore announcing an investment package worth around £350 million and consisting of the following.

“We will also develop sustainable transport measures at Arundel, Worthing, Lancing and East of Lewes.”

Mr Kirby said: “Today’s announcement is great news and will make a real difference for businesses and residents here in East Sussex.

“I lobbied the government repeatedly on this issue and I am delighted that this work will result in a huge boost to the local economy here in our area.

“I am also hopeful these improvements will ease the burden on other roads in my constituency like the A259.”

Former Brighton and Hove City Council member Maria Caulfield, now the Conservative parliamentary candidate for Lewes, said: “I’m very pleased that this money has been allocated for improving the A27 which is desperately in need of investment to make it a safer and less congested road. 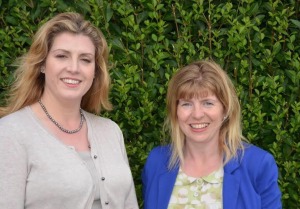 “The huge response from the many residents who live and work alongside the A27 and who have waited years for improvements has strengthened the case for this investment.

“This money has been agreed despite the opposition of the local Liberal Democrat MP (Norman Baker) who has consistently opposed improving this stretch of road.

“I will continue to fight to ensure these improvements happen and the first step is to ensure local people will now be consulted as to how this money will be spent.”

While Mr Baker has opposed widening the road, his Liberal Democrat colleague Stephen Lloyd, the MP for Eastbourne, is in favour.

The Chancellor George Osborne paid tribute to the way that Simon Kirby and Maria Caulfield had lobbied for the A27 to be widened.

Mr Osborne said: “For years this road has suffered from neglect, but with strong Conservative voices on the south coast, and Conservatives turning around the economy, we are now able to commit to funding the A27, to bring new jobs and opportunities to the area.”

Mr Kirby added: “I am delighted that ministers have listened to the representations from Sussex on this important matter.

“It has been a privilege to chair the reference group and lead this successful campaign. 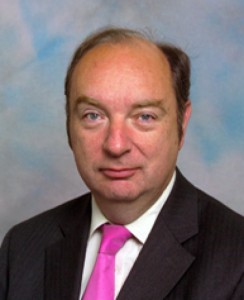 “Transport infrastructure and communications are an important part of economic growth, helping to support the long-term economic plan for the country but also making life easier, day to day, for local residents going about their business in Brighton and Peacehaven.

“Not only will this help boost inward investment, jobs and growth in the local economy here in Sussex, I am optimistic that by improving the A27, we will also see the burden on other roads, such as the A259 in my constituency, eased.”

Friends of the Earth criticised the Chancellor’s announcement, including the reference by the government to “smart motorways”.

“This is yet more out-of-date thinking by the government – tackling congestion by building or widening roads was discredited decades ago.”

Friends of the Earth South East campaigner Brenda Pollack, who is based in Brighton, said: “Many of the schemes announced today in Hampshire, Oxfordshire, Kent, Sussex and Surrey will increase road capacity and lead to more traffic and air pollution.

“Investment in transport is urgently needed but the priority must be better trains, buses and cycling facilities, not an expensive road-building programme that will make it harder to tackle climate change.

“‘Smart motorways’ seems to be shorthand for more lanes which will soon fill up if the government does not invest in alternative solutions.”