Children’s centre campaigners to march in protest at cuts

Campaigners angry at possible cuts to Brighton and Hove’s children’s centres are to march on the town hall before councillors meet to discuss next year’s budget. 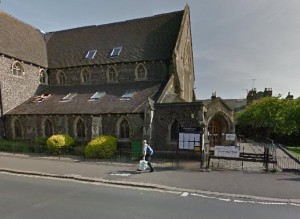 The Brighton Children’s Centres Campaign is asking protesters to meet at the at-risk Cornerstone Children’s Centre in Church Road, Hove on Thursday, 26 February for a march beginning at 4pm.

It will proceed to the town hall in Bartholemew Square and demonstrate outside as the full council meets at 4.30pm.

Organiser Leila Erin-Jenkins asked: “Bring your children and make a simple sign with your child’s picture on, to carry at the protest.”

This year’s budget setting is more complicated than most years because the Green administration wants to help offset a £16.3m fall in government funding with a 5.9% rise in council tax.

But the law now states that to do this, it must hold a local referendum, and also calculate a substitutute budget for a 2% council tax rise should the rise be voted against.

The closure of four of the city’s 12 children’s centres at West Hove, Cornerstone , City View and Hollingbury & Patcham is part of the administration’s 2% substitute budget.

It is further complicated by the fact the other two main parties on the council each propose different council tax rises – the Labour group argues for a 2% rise (but not necessarily the Green’s 2% substitute budget) and the Conservatives a council tax freeze.

And to make matters even more tricky, the Greens themselves are split, with a faction wanting to refuse to set any budget at all in protest at central Government cuts.

This last position is supported by the children’s centre campaign organisers. Mrs Erin-Jenkins said: “The national government is a thieving bully, you don’t try to appease a bully by giving in to threats that things will be worse if you don’t set a budget.

“I’m sick of hearing these pathetic excuses. You stand up to bullies. This is what we must teach our children, because if nothing else, its the right thing to do.”

So far, almost 800 people have signed the petition against the possible cuts.

Another 820 responded to a consultation on the future of the service, which ended last month.

Pinaki Ghoshal, Brighton & Hove City Council’s Executive Director of Children’s Services, said: “The proposals made in the children’s centres consultation are not set in stone.

“The consultation document proposed reducing the numbers of designated Children’s Centres from 12 to eight by merging some of them.

“However, this does not mean that we would be ‘closing’ any of the centres. All of these buildings would remain open and would continue to provide some services for young children including health visiting.

“We would continue to offer rooms at all our centres free of charge to parent-run groups. We are not trying to stop these groups happening and we hope they will continue to operate.

“With a reduced staff team there would need to be a greater focus on providing support to families with the highest levels of need whilst supporting parents to run universal activities where they are able to.

“Increasing the number of health visitors in the city is the key to us being able to make sure that everyone who needs a service is identified and that nobody goes ‘under our radar’.”