A new Brighton restaurant says its bad hygiene rating is down to the inspection being carried out before it had put proper procedures in place. 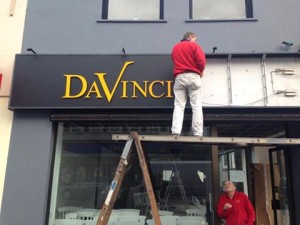 Da Vinci restaurant in London Road was inspected on 12 January – two weeks after it opened for business.

It scored just one star, which means major improvement is necessary, and was rated poor for food hygiene and safety.

But owner Alfredo Trosino, who owns other restaurants with five stars, says the rating is meaningless.

He said: “When I got one star it made me laugh because my other restaurants have got five stars.

“The inspector came on a morning where we had just opened and everything was in chaos.

“The building wasn’t finished yet, and the chefs hadn’t worked there before – it was just a bad morning.

“She is supposed to come back and re-rate us in a few weeks. What she saw is not what normally happens.”

A spokeswoman for Brighton and Hove City Council said: “A member of our food hygiene team visited Da Vinci for an inspection on 12 January – almost two weeks after the restaurant first opened.

“The issues raised with the owner were about food hygiene, training and management, not building work or structural concerns.’

“Visitors to restaurants in Brighton and Hove have a right to expect high standards of hygiene and we think the public has a right to know the results of our inspections.

“An officer is due to revisit the restaurant later this month to ensure the necessary improvements have been made.”