Brighton shoplifter killed herself because she dreaded being exposed on TV

A woman filmed shoplifting in Brighton killed herself because she dreaded being shown on television having been caught on camera by a TV production crew.

Elizabeth Outram, known as Liz to her friends, took her life on her 30th birthday last September, an inquest was told.

She had been filmed being questioned by staff at TK Maxx, in North Street, Brighton, when she tried to buy a leather jacket after switching the price tag in July last year. 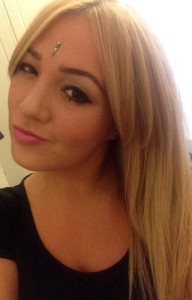 Outram, of Malvern Road, in Hackney, London, was also captured on camera being led from the shop by officers from Sussex Police.

The TV crew, from Renegade Pictures, had been following a police operation.

Outram was in Brighton for a rock-themed hen party but couldn’t afford a leather jacket so she switched price tags.

She was detained at the till, arrested and charged with fraud and stealing a number of items worth almost £120.

At Poplar Coroners’ Court the inquest was told that Outram had suffered from mental health problems, including depression, panic attacks and anxiety, for several years.

She was found hanging at her home after celebrating her birthday by friends who were unable to save her.

The coroner Mary Hassell recorded a verdict of suicide.