A Brighton music promoter is calling for long-established live music venues to be protected against people moving next door wanting them to pipe down. 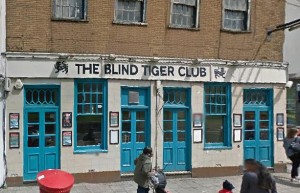 Mark Stack will lead a deputation to the next full council meeting next Thursday after more than 3,000 people signed his petition.

And more than 400 people say they will accompany him as he promises to make it the most memorable petition presentation Brighton and Hove City Council has ever seen.

He says several Brighton venues have been forced to shut after noise complaints made against them by new neighbours, including the Blind Tiger in Grand Parade and Ouch Bar in Preston Street last year, and the Freebutt in Phoenix Place in 2010.

Mr Stack said: “Clearly it is designed to protect residents from unruly neighbours and extreme noise from industry.

“I can’t believe [The Environmental Protection Act] was intentionally worded to destroy our music venues. This is our cultural heritage we are losing and it needs protecting with as much endeavour as historic buildings, twee streets and Battersea chimneys.

“We just want the council to redress the balance, working together to remove the ability for somebody to move close to an established venue and then have it closed down.

“The local music scene has a vitality that is so important to the city’s economy, tourism and ability to attract investment.”

“Brighton and Hove has a wealth of established music venues that contribute a huge amount to our city and it would be a tremendous shame to see any of them threatened.

“I recently raised the importance of live music venues across the country to our economy with the Chancellor of the Exchequer and hope that councillors in Brighton and Hove will protect these important local institutions.”

A council noise abatement notice, such as the one issued to the Blind Tiger Club, does not require a venue to close.

The Blind Tiger Club, which was in financial difficulties in its final year, said that the cost of sound-proofing works required to allow it to continue as a live music venue were beyond its means.