A vandal is thought to have used an emergency hammer stolen from a train to smash a platform shelter and smartcard ticket reader at Aldrington Station. 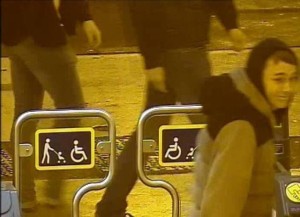 British Transport Police is appealing for information after the incident late on Saturday, 28 February.

It has released CCTV images of a man they would like to trace.

PC Billy Burstow, investigating, said: “At approximately 11.30pm a group of two men and two women walked up to the shelter on the Brighton-bound platform at Aldrington station.

“One of the men repeatedly struck the shelter’s glass walls with a red hammer, which appeared to be the type commonly found on passenger trains.

“Almost every pane of glass in the shelter was broken in the incident, which lasted several minutes. The man also smashed the glass frontage of a smartcard reader by the entrance to the station. 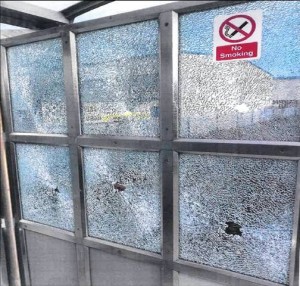 “A short time later the group boarded a Brighton-bound train, arriving in the city centre shortly before 12.30am on Sunday, 1 March.”

Officers want to identify the man pictured, as they believe he will be able to assist them with their enquiries.

PC Burstow said: “Who is the young man in the hooded top? We are keen to speak to him about what happened as we believe he will be able to greatly assist the investigation.

“If you know him, or have any further information about what happened, please get in touch.”

Southern’s Head of Revenue Protection and Security, Stella Morris said: “This is an example of behaviour at its worst which we will not tolerate.

“Our CCTV pictures are very clear and we urge anyone who recognises this man to come forward and identify him to BTP.”

BTP has also released several images of the damage caused during the incident.

PC Burstow added: “This was mindless vandalism that caused more than £2,000 worth of damage and meant two valuable pieces of station equipment were out-of-service for several days.

“Small, unstaffed local stations – such as Aldrington – rely on the trust of passengers to function. This vandal broke that trust and needs to be held responsible for their actions.”

Alternatively, information can be passed to the independent charity Crimestoppers anonymously on 0800 555 111. 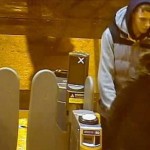 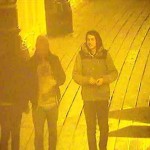 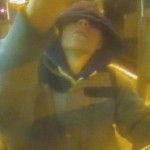