A Brighton woman is appealing for help in getting her step sister rescued from mountains hit by an earthquake in Nepal. 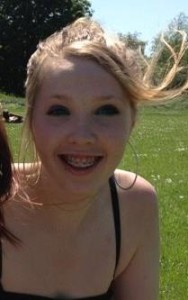 Kati Vernon says her step sister Susannah Ross is on a list of names of survivors who need rescuing from a spot near Bamboo Village in the Langtang National Park.

Miss Ross, 20, from Bath is on a list compiled by the Red Cross of Britons missing since the 7.8 magnitude earthquake hit on Saturday.

She was travelling with two Australian girls, Tess and Eliza Arnold and last made contact with her family on Friday.

Ms Vernon, 33, a mother-of-one from Hanover said: “They may be injured and are in desperate need of food and water. they have sent out an SOS but so far to no avail.

“We have the co-ordinates and need to share this as much as possible to get a helicopter to rescue them as soon as possible.

“We need to get the appropriate agencies to get involved have contacted the FCO, embassies and Australian embassy, but with no real response as yet.

“We only got news this evening so we’re just starting to campaign and raise awareness.”

The list, which was sent via satellite phone to a trekker’s mother in South Africa, has the name of 15 relatives of missing people on it, including Susannah’s mother Judy.

Judy told the Bath Chronicle: “Apparently she’s been found. The problem is they are stuck – the roads are completely blocked. They are running out of food.”