A popular and controversial politics blog has returned after a three-year absence which started when the anonymous author accidentally outed himself. 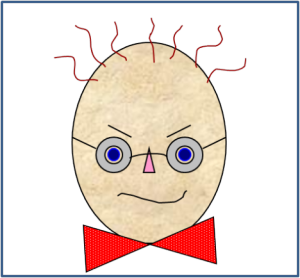 Brighton Politics Blog posted prolifically between 2009 and 2012, discussing local political stories from the huge, such as the election of Caroline Lucas, to the less huge, like the impact of the weather on the Westbourne by-election.

It chronicled the rise of the Green Party, which it coined The Big Mo, and then later the divisions in the party once it came to power.

And while it never shied from expressing an opinion, it prided itself on never stooping to personal attacks.

All that came to an abrupt halt in 2012, when the author, Andy Winter, accidentally used his personal Twitter account to answer a question from former Tory PPC for Brighton Pavilion Charlotte Vere.

But following many requests from city politicos, it has now resurrected itself, this time as a platform for several authors to have their say on Brighton and Hove issues.

Andy Winter, a former Labour councillor, said: “Rumours were rife, then I used the wrong Twitter account. Once the anonymity had been broken, that was it.

“I think a number of people were a bit fed up with me when they discovered it was me. But I always respected confidences and I was always nice about people.

“It has been incredibly frustrating in the run up to the election not to have an outlet and I was approached by members of all parties saying it is a shame I wasn’t doing it.

“I spoke to my wife Jean Calder [former journalist and also a former Labour councillor] and we decided that we would resurrect it.

“She wasn’t involved in the earlier incarnation, but we wanted to relaunch it and it would become a platform for different views, not necessarily a left of centre blog.

“We are now talking to different people in the different parties about doing guest slots.

“All serious contributions will be attributed, but scurrilous ones will just be in the name of the Brighton Politics Blogger.

“We don’t want to take a partisan view of anything, just create a platform for debate.”

Brighton Politics Blog – then and now

2010: In the West Wing they call it the Big Mo.  Bartlett had it. Santos had it.  Now Lucas has it.  Momentum!  The real difference is that in the case of Caroline Lucas it is real.

2015: Caroline Lucas continues, exceptionally, to attract support from across the party political spectrum

2011: The Greens are the ones with the campaigning ability, the ones who have captured the imagination, and who still enjoy the Big Mo – momentum.

2015: The Greens will struggle to return to the heady heights achieved in 2011. They used to be a movement but they have become a political party.

2011: The immediate dilemma for Labour is how it responds to the Green administration …  If their Big Idea is to wait for the Greens to screw up, they will remain out of power of another decade or more.

2009:  The Tories need their own ‘Big Idea’ so that at a local level the Tories have something positive to promote.  The standing of the Tory Party nationally will struggle during the lifetime of this parliament.

2015: There will be some frustration, not least surprise, that seats were lost in Central Hove and, in particular, Westbourne.

Brighton and Hove top for breastfeeding