A 70-year-old Brighton woman has become the first driver in the city to be charged as part of Sussex Police’s summer drink-drive crackdown. 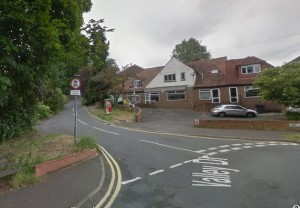 Margaret Kelly was arrested yesterday after her Honda Civic crashed with a Chrysler East in Valley Drive, Withdean, yesterday at 3.30pm.

Fortunately, neither Kelly, who lives in the same road, nor the 41-year-old woman driving the other car were hurt as a result of the crash.

The road was not blocked and no one was injured.
Kelly has been charged with drink-driving and released on bail to appear at Brighton Magistrates’ Court on 17 June.

The arrest is the first this summer in Brighton and sixth in Sussex as part of Operation Dragonfly, Sussex Police’s anti drink and drug driving campaign.

Road policing unit officers are on dedicated patrols looking for offenders and teams are responding to tip-offs from members of the public who see someone they know has been drinking getting into a car to drive.

Stop checks are also being set up, in particular at locations where there is intelligence that there has been a history of drink-driving.

In previous campaigns, the forces have named all those charged with drink or drug-driving offences that were committed during the month-long crackdown.

In addition, this year the forces will be releasing footage of convicted offenders that shows the state they were in when they got behind the wheel – and how important it is that they are banned from the roads before they hurt anyone.

People in Sussex can text officers on 65999 with the details of people they suspect of drink or drug driving or visit www.operationcrackdown.co.uk.

To keep up to date with officers looking for drink or drug drivers, follow #opdragonfly on Twitter.

If you know someone is driving while over the limit or after taking drugs call 999.