Brighton and Hove Albion’s Welsh coach called up – by England

Brighton and Hove Albion’s Welsh first-team coach Nathan Jones has spent the week on international duty after being called up by England coach Gareth Southgate and the FA.

Jones was approached to shadow and assist Southgate’s under-21 squad as they prepare for this summer’s European Championships in the Czech Republic. 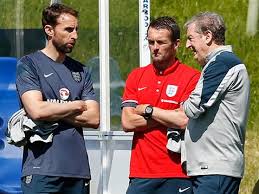 The Welshman spent the past week at St George’s Park, ahead of the tournament which will see the England take on Portgual, Sweden and Italy in the group stages.

He told seagulls.co.uk: “It’s a great honour to be asked to be at St George’s Park this week and work with the best young players in England.

“I’m working shadowing the coaches and helping with preparations for the European Championships this summer and I am grateful to Gareth Southgate and the FA for giving me the opportunity to work at this level.

“It’s a new experience and for me it has been fantastic working with the under-21s.

“I hope it is one which will help me develop as a coach and ultimately that can help benefit the club.”