The name on the front of the fast-growing Bill’s chain may be a man’s but behind the whole concept at the beginning stood a female with vision.

The national rollout of the Bill’s restaurant chain could not have happened without the expertise of one woman.

That Bill’s is now a hugely popular and growing concern is in very large part thanks to Tanya Webb, who linked up with her brother-in-law, Bill Collison, in 2000 to fuse her café concept on to his successful fruit and vegetable store in Lewes. 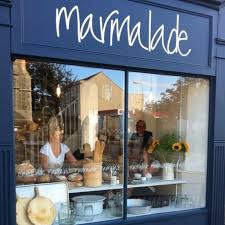 Webb used her 15 years of expertise in brand consultancy and creating restaurant concepts around the world to get the café side of the business off the ground.

It became a huge success, and within 15 years, during which time it was sold to the restaurant entrepreneur Richard Caring, who also owns Caprice Holdings and the Soho House group, it has grown to almost 70 sites across the country.

So where is Webb now, and what new project is she getting her teeth into?

Near to where she lives in Brighton is a café she bought in 2013 called Marmalade. The simple but striking venue is wholly owned by Webb although the refit was done by her partner Mark Barnes, who runs Catering Projects Ltd, a kitchen design business which has worked with big brands such as Nando’s and Byron’s.

The design work, which took just one week, involved ripping out the ceiling and creating a mezzanine level, as well as exposing some original features.

“Mark is very good at making things happen and we designed it between us – we work well as a team,” Webb says.

The café has just 35 seats but it is rarely empty and has a good takeaway trade. It has a small kitchen, and 15 staff on a rota, with a maximum of six on at any time.

But somehow the team manage to sell an average of 75 portions of eggs each day, generally scrambled or boiled (with soldiers!) and it has a varied all day breakfast menu. 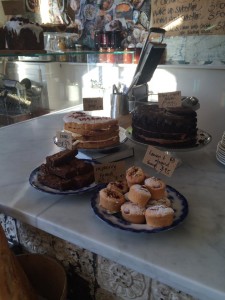 The glass counter is filled with fresh sandwiches as well as homemade quiche and cakes. “We try different recipes and we tweak existing ones, especially salads,” Webb says.

One of the biggest challenges, she says, is that it has been hard, financially, to go down the quality route.

“I want to sell nice sandwiches with nice ingredients, and things that I would like to eat, but it means that as a business we need to pay more for these items and so our margins are perhaps not as good as they should be,” she adds.

“I have accepted that because it is more about the enjoyment of it and I want people to love the food. However, with the minimum wage increasing and more staff needed, it is hard to make money.

“I do make money because our volume sales are good, but it’s tough to be able to sell what we want and also be a reasonably priced café.”

Webb is considering putting prices up a little, she says, but she is adamant that she will not compromise on quality.

“It is definitely one of the challenges of an establishment that focuses on the day-time trade only,” she says. “If it was an evening venue then people would spend three times as much as they do in the daytime.”

At the moment, piling up the counters with tasty and attractive sandwiches has worked well for Marmalade, despite its slightly out-of-town location.

“If you serve quality and you make the volume then you can get the customers,” Webb says. 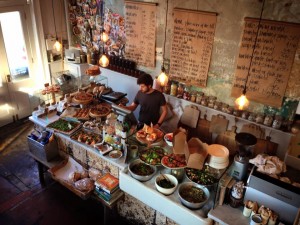 “When starting out, many businesses aren’t as busy as they would like, and so they cut costs by dropping the quality. But it’s a big mistake, as they still won’t get people coming in.

“So many people try to serve sub-standard food, but at Marmalade we go for quality and people come back each day for more.”

Another challenge, Webb says, is the high staff turnover in the café and restaurant business.

For Webb, it has been a great comfort therefore to have Louise Carter, who worked at the original Bill’s store, running Marmalade for her.

“If I go away then I don’t have to worry about the business because I know Louise will keep it running well, but also that she understands the visual thing,” Webb says.

“It’s a certain skill that only some people have. Louise is amazing. She will ensure the displays are right and that the café looks the way that it should. We complement each other very well.”

“It can’t take much more and I think it is trading at 90 per cent of its maximum capacity, largely because of the size limitations of the kitchen,” Webb says.

“The obvious way to boost the business would be to start opening at night. It would probably make good money, but this business is about enjoyment and not just about making money.” 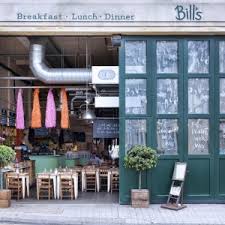 Despite those challenges, the business has tripled its turnover since Webb took it over. Although the café is set away from the high street in Kemp Town, Marmalade does have the advantage of being near a school and the Royal Sussex County Hospital, plus it has a loyal local community trade.

Marmalade has opened at night for one-off events and private parties, and this is something she may do more of, Webb says, but it is not a big part of the future business plan.

As it is, the business took off quicker than she expected, although it has been hard work, she says, and it took up more time that she planned for.

She adds: “Things that are good don’t happen easily. You have to work hard. It is now where I want it to be. I pop in daily but I have good staff running it, so I can leave it alone.”

Webb loves the idea of running a B&B, or a local pub but she is not prepared to invest the time or energy again.

“I have a background in creating concepts and I know that the first year is hard and you have to see it through,” she adds.

Marmalade is also unlikely to become a chain, although the team did seriously consider a second site last year.

“When you start rolling something out you lose some of what was special about it,” Webb says.

Sonya Hook is a freelance journalist.