The Labour MP for Hove Peter Kyle has criticised a “lack of ambition” for children among some of those responsible for improving school standards.

Mr Kyle said that he was giving a warning to Brighton and Hove City Council.

He mentioned the Ofsted report which was published yesterday and which said that council’s services for children in need of care and protection “required improvement”.

“A year ago,” Mr Kyle said, “a Local Government Association peer review stated that the authority ‘lacked ambition for young people’ and was not supporting school improvement with the vigour that was needed.”

He made his comments during a debate on the Education and Adoption Bill which was given its second reading in the House of Commons yesterday (Monday 22 June).

The bill sets out ways of dealing with schools that are causing concern. It includes steps to turn local authority schools into academies.

The Hove MP criticised the bill for not doing enough to tackle underperformance at schools outside local authority control, in particular, failing academies and independent schools.

He said: “I declare an interest as the chair of governors of an academy school based in the city of Brighton and Hove.

“I have spoken before in this House about my journey through education, leaving school lacking the qualifications needed to succeed in life and therefore having to return to secondary school at the age of 25 to start over again.

“I approached the bill with an open mind about its publicised aim of challenging underperformance throughout the education system.

“For me, excusing underperformance in schools rather than challenging it has always been a source of intense frustration, even anger, due to my own experiences.

“There are many reasons to excuse failure, such as poor school performance, students living in areas of deprivation or the difficult family circumstances of some students.

“But for me those are barriers to overcome rather than reasons to excuse poor attainment.

“A student who graduates before overcoming those challenges will carry them into adulthood and for the rest of their lives so I wholeheartedly support having a radically higher sense of ambition for young people. 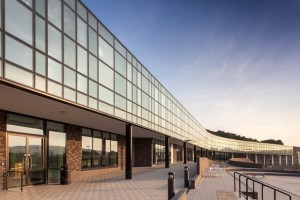 “It focuses on the performance of local authority controlled schools, which are, in educational terms, one part of the challenge we face.

“But in reading it one might be forgiven for thinking that they are the only challenge.

“I have some sympathy with the need to tackle the lack of ambition in some local authority departments because I come from Brighton and Hove.

“Today, Ofsted released its findings on the education authority where I live and judged that it ‘requires improvement’.

“A year ago, a Local Government Association peer review stated that the authority ‘lacked ambition for young people’ and was not supporting school improvement with the vigour that was needed.

“After two such warnings in one year, I firmly believe that enough is enough.

“Every young person has the potential to succeed but some need help to get there.

“People who do not share that belief have no place in running education systems and that is my warning to Brighton and Hove education authority as it responds to those challenges.

“Underperformance is not the sole preserve of local authority education systems.

“If this government truly cared about rooting out and challenging coasting schools, they would extend the reach of the bill to include other organisations.

“Why the government are not introducing measures to release them from the contracts with the same rapidity as the maintained schools covered by the bill is a mystery to me.

“The second group would be coasting private schools that are registered with the Charity Commission and receiving tax breaks.

“They should also be expected to deliver the same improvements as those demanded of maintained schools.

“I also have concerns about clause 8, which covers consultation. As chair of the governors of an academy, I feel strongly that links to the surrounding community beyond the students and parents are incredibly important for the success of the school.

“The predecessor of the school I now chair was in special measures at the time of the conversion and the consultation time was therefore limited.

“But the powers granted to the Secretary of State by the bill will enable similarly rapid conversion for coasting schools.

“Unless a rapid consultation is carried out with extreme skill, that will disempower the school community and could well hinder the improvement that is needed and desired.

“Academisation is one tool among many in improving local education. Others include improving teaching standards, better leadership and improving whole family approaches to education.

“Each of those is a means to an end, not an end in itself.

“But because the government have prioritised the academy programme above other methods of tackling coasting schools, the future of individual schools has become an ideological battleground rather than a place where communities come together to express their ambitions for their school and for the next generation of young people.

“That is why the bill is too limited and ideological to warrant our support.”

In the same debate the Green MP for Brighton Pavilion Caroline Lucas intervened during a speech by the Conservative chairman of the Commons Education Select Committee Neil Carmichael.

She said: “I thank the honourable gentleman for giving way before he gets to the adoption section of his speech and I congratulate him on becoming the chair of the Education Committee.

“What does he think about the conclusion of the committee’s report published earlier this year, which stated that it was still too early to say how much the academies programme had helped to raise standards?

“Ofsted has said the same thing: there is no evidence that the academies model is the best way of improving standards.

“So why are he and his party so adamant that that is the way forward, and why are they closing down parental consultation at the same time?”

Mr Carmichael said: “This is actually about whether we should intervene in coasting schools.

“The honourable lady is rightly talking about what happens next.

“We have already heard from those on the Labour benches that they are quite proud of the academies programme, which they started, but what we have to do is perfect it.

“That is one of the tasks that underlies this legislation.

“The Education Committee also looked at whether academy chains should be examined and we concluded that they should be.

“We will revisit that matter to ensure that it has been properly tested and discussed.”