Woman hurt after crash with scaffolding truck in Brighton

A woman was injured after her car crashed with a scaffolding truck in a quiet Brighton street yesterday afternoon. 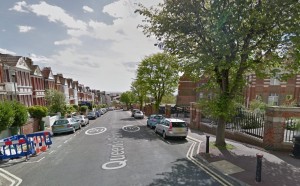 Firefighters were called to reports people were trapped and crews from Roedean and Preston Circus attended.

Police and ambulance also attended, and the woman was treated by paramedics at the scene.

Fire crews made the area and vehicles safe before leaving the scene at 4.40pm. No arrests were made.

Passerby Ingrid Alice said: “I was there just after this – the woman had gone into the back of the truck which had been stationary and was about to make a turn.

“The woman was shaken but not badly hurt and the guys in the truck seemed to have some minor whiplash and were also shaken.

Brighton Station roads to be closed for a week