A voluntary group has organised a fun day in the park for local families as part of a campaign to improve facilities.

The Mile Oak Rec Action Group (MORAG) is holding a Family Fun Day and Picnic between noon and 4pm on Sunday 2 August at the rec in Chalky Road. 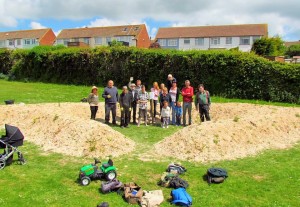 The fun day is one of many events to have been organised by the group over the past year.

It includes face painting, activities for children, a tombola, a park ranger with sheep, sports day type events and lots of stalls.

All the money raised will go straight to the campaign to upgrade the park. It is generally accepted to be in a poor condition and is the only park for the whole of North Portslade.

MORAG secretary Tiffany Soanes said: “It’s a great chance to for the community to get together and have fun.

“It also keeps the profile of the campaign in the public eye and, of course, raises money for MORAG.”