The family of missing Portugese student Diogo Moreira believe a body found by Brighton Station yesterday afternoon is his. 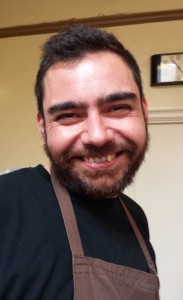 The student, who also worked at the popular Red Roaster cafe in St James’s Street, had not been seen since last Tuesday (14 July).

A body was found on tracks just outside the station yesterday lunchtime. It has yet to be formally identified, but the family are certain it is him.

Posting on a Facebook group set up this week to help the search, which was joined by almost 15,000 people, they said today: “The family of Diogo Moreira would like to thank everyone for their hard work to Find Diogo.

“His body was found yesterday in Brighton.

“Diogo was a very well known and loved man.

“A memorial walk will be organised for next week to celebrate the life of this wonderful person.”

Friend Gemma Doughty said Diogo was a wonderful person who would be badly missed by many.

She said: “He’s a really friendly person and I think he’s played a part in a lot of people’s lives. People would come to the cafe every day and he would make them coffee.

“He will be really missed.”

Forensic officers were at the line yesterday after the sad discovery was made.

A spokesman for British Transport Police (BTP) said: “I can confirm the body of a man was found close to the line at Brighton station at 12.15pm on Wednesday, 22 July.

“BTP officers and colleagues from Sussex Police attended the scene.

“Enquiries into the circumstances surrounding the man’s death, which is currently being treated as unexplained, are ongoing.

“Officers are now working to identify the deceased and inform his family.

“A file will be prepared for the coroner.”

A spokesman for Sussex Police said: “Officers are assisting British Transport Police officers with their enquiries after a body was found close to the line at Brighton Railway Station at 12.15pm on Wednesday (22 July).

“We understand the body has not yet been identified, so we are not in a position to say that it is that of the missing man. British Transport Police are continuing enquiries and willl advise us if that proves to be the case.”