Brighton man jailed for skull-cracking attack in The Lanes

A thug who used a wheel brace to attack another man in The Lanes in Brighton has been jailed for four years.

Wade Ian Crosweller, from The Crestway, in Hollingdean, Brighton, attacked and seriously injured a 30-year-old Hove man, fracturing his skull. 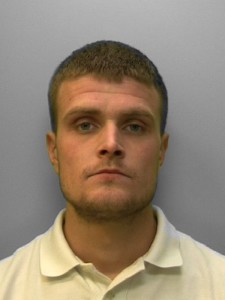 Crosweller, 23, struck his victim several times from behind in Meeting House Lane, Brighton, shortly after midnight on 21 November last year.

Crosweller appeared before Lewes Crown Court on Thursday 9 July and admitted wounding with intent to cause grievous bodily harm.

He also admitted having a wheel brace as an offensive weapon.

For this he received a one-year sentence to run concurrently. He was also ordered to pay a £120 victim surcharge.

Crosweller’s victim suffered a serious cut laceration to his right ear and various cuts and bruises as well as a fractured skull.

At the time, Detective Constable Aaron Halsey, of Brighton CID, described the assault as “a particularly violent attack”.