Brighton police were sent on one of their more unusual missions last week when officers were tasked with tracking down a man wearing a unicorn head. 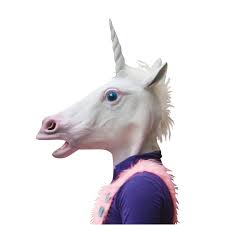 The quirky callout was tweeted out by the Brighton and Hove police account in the early hours of last Tuesday.

Currently looking for a man with a Unicorn head in the area of St James Street Brighton.

However, it appears their search was something of a wild goose chase, as when they tracked him down they established no offence had been committed.

A police spokeswoman said: “Police received a report of a man, wearing a unicorn head, trying to touch a woman in St James’s Street, Brighton around 3.10am on Tuesday, July 28.

“Officers attended and there had been no offences committed.”