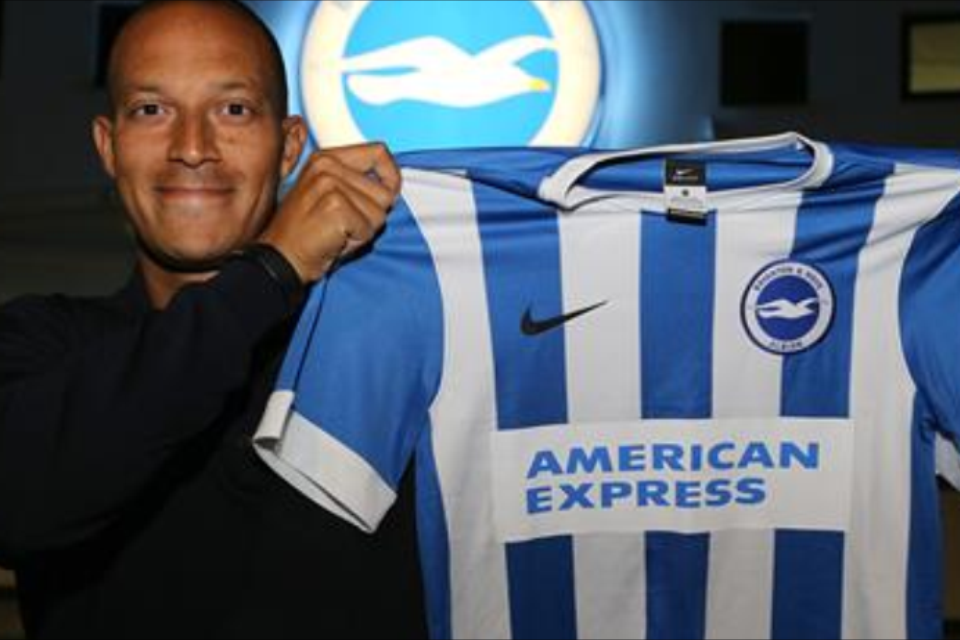 1 ) Zamora originally joined Albion on loan from Bristol Rovers in February 2000 – and scored on his debut at Withdean.

2) He scored a hat-trick as Albion thrashed the now disbanded Chester City at the Deva Stadium on 26th February 2000 – the first player to do so since Gordon Smith 20 years earlier.

3) On joining permenantly in August 2000, Zamora requested that he keep the No 25 shirt he wore throughout his loan period. Current consultations with Kazenga LuaLua may be ongoing.

3) Long before the current crop of Albion related greyhounds, Ole Zamora ran a number of races at Hove Stadium in 2002.

5) With Zamora injured as Albion pushed for promotion to the then Division 1, Seagulls fans chanted “one nil to the one man team” as Albion cruised to victory without their hero at Colchester.

7) Zamora played at Withdean as a substitute for West Ham in April 2005, getting a resounding reception from the home fans.

9) His most recent goal for the Seagulls was on 4 May 2003 – a penalty away at Grimsby Town. Two other players in the team that day are still at the Albion – current physio Paul Watson and first team coach Nathan Jones.