Police suspect missing man may be in Brighton

Police suspect that a man missing from his home in Southend could be in the Brighton area.

Essex Police would like to hear from anyone who has seen may have seen or has information about the current whereabouts of David Robertson, who is also known to some people as Tim. 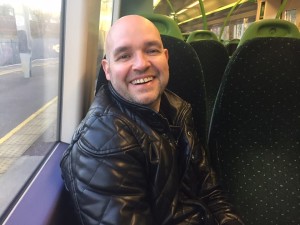 Mr Robertson, 48, who lives in Greenways, in Southend, has been missing since the early hours of Sunday 9 August.

Officers have been carrying out extensive inquiries since David was reported missing and they are growing increasingly concerned for his welfare.

They have been searching nearby parks including Southchurch Park and the seafront areas and have found no trace of him.

After speaking to people who know Mr Robertson, it is thought that he may have gone to Brighton or London.

Detective Constable Richard Yapp is one of a number of officers who has been making the inquiries.

He said: “We are growing increasingly concerned for David’s welfare and I would urge anyone who has any information as to where he may be to contact us immediately.

“We are worried about him as are his friends and family.”

Anyone with any information is asked to contact officers at Southend on Essex Police 101.