The owner of a Brighton burlesque club has criticised the police for focusing on easy targets in an article in The Daily Telegraph.

Alex Proud said that the disproportionate approach of the police towards clubs – and the greed of developers – had had a devastating effect.

Mr Proud is the owner of a chain of clubs including the Proud Cabaret Brighton (the old Hanbury), in St George’s Road, in Kemp Town. He said that half of Britain’s night clubs had shut since 2005. 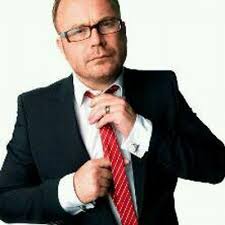 He contrasted the onerous licensing conditions faced by night clubs with those facing bigger businesses such as supermarkets which have more resources and top lawyers.

He pointed out that supermarkets sell “gallons of cheap booze people use to get drunk in parks and town centres”.

His article appeared as Brighton and Hove City Council officials explore the possibility of imposing a late-night levy on pubs, clubs and bars at the request of Sussex Police.

If the council decides to look further at the idea, a public consultation will take place before any decision to impose a levy on licensed premises.

Mr Proud wrote: “The police focus on crimes that are easy to deal with – like mobile phone theft and public disorder.

“They want to look good – and this means massaging their stats. 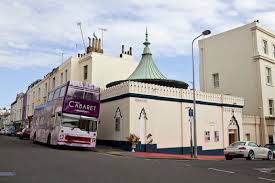 “It can feel as though nicked iPhones and minor scuffles get more attention than some of the worst crimes imaginable.

“For night club owners, this has resulted in some real ‘fun’. For a while, we had to employ undercover security to look for phone thieves in our clubs, we had to beef up our ID systems (which resulted in the gangs of phone thieves using better fake passports) and we had to plaster signs everywhere alerting people to the possibility of phone theft.

“None of this had any real effect other than making the police look like they were being tough on crime.

“In the end, the problem of phone theft was tackled effectively – it had nothing to do with us or the police and everything to do with Apple and Google putting stronger digital locks on their phones, making stolen mobiles less attractive to criminals.

“Now this menace has been effectively dealt with, the police have moved on to what they call ‘crime generators’ (who doesn’t love a shiny new buzzword?).

“This tends to mean areas where large numbers of people congregate and/or where drinking goes on, like night clubs.

“Do they attack other crime generators? Like football matches? Or festivals? Or the supermarkets who sell the gallons of cheap booze people use to get drunk in parks and town centres?

“Of course not. All these entities are large and wealthy and have good lawyers. 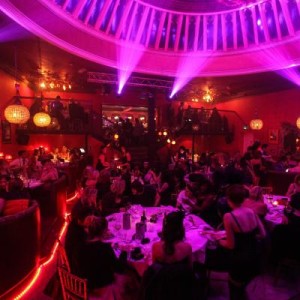 Inside the Proud Cabaret Brighton

“Night clubs, by contrast, tend to be small businesses – and are run by people like me who can’t afford legal teams like Sainsbury’s and Arsenal can.

“What this means in practice is that our licence requirements get ever more onerous.”

Mr Proud added: “We are held to account for crimes committed on the way home from clubs which have nothing to do with us at all.

“The most tenuous link makes us wholly responsible, while supermarkets sell alcohol with impunity.”

Mr Proud said that his clubs were boringly safe, that noise regulations were being used in a draconian way and that developers and politicians are too cosy.

He said that he only wanted clubs to be treated fairly – and in the same way as other businesses.