Tributes have been paid this evening to two friends who died in the Shoreham air disaster while cycling together to a planned ride on the South Downs. 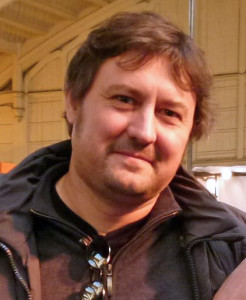 Dylan Archer, 42, from Brighton and Richard Smith, 26, from Hove, were on their way to meet another friend but tragically they never arrived.

Dylan’s family have described him as a kind and loving father, partner, brother, grandson and friend. They say his dry humour and generous nature will be greatly missed by all who knew him.

He grew up in the Midlands where he nurtured a lifelong passion for bikes and cars. He came to live in Brighton in 1991 and loved the area, especially the South Downs, and would have been heading for one of his favourite cycle routes, Coombe Road, and up on to the South Downs Way.

Dylan was a trusted and respected IT consultant, co-founder and Director of a Brighton IT company. He leaves behind Alice, his partner of 17 years, their two sons aged 15 and 12, his sister Ruth and two-year-old niece. He was adored by them all.

The family are very touched by all the tributes, and thank everyone for their kindness and generosity. They said: “We would also like to extend our gratitude to Sussex Police, who have been amazing in helping us deal with this devastating loss. Their professional, supportive and caring staff have been a comfort to us all and made the whole dreadful experience more bearable.” 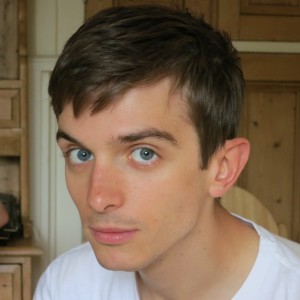 Richard’s family said: “Richard was a lively, good humoured 26-year-old. He worked in marketing and web development at ActSmart, an independent company based in Hove, specialising in providing advice to the cycle industry.

“He grew up in Buckinghamshire before going to university in Birmingham. Our family moved to Hampshire in 2008 and Richard returned from university to work in a cycle shop in Cosham. Two years ago he moved to Hove.

“Richard’s passions in life were for his family, friends and his beloved bikes. His boundless enthusiasm was infectious. He was a truly wonderful, caring and loving person. He leaves behind his partner Victoria, his parents Julie and Jonathan, and two much-loved brothers William and Edward. He will be so sorely missed by all who knew him.

“All our family appreciate the beautiful tributes to Richard and offers of help and support we have received from friends. Our gratitude and thanks go to Sussex Police for the sensitive and thorough way they have helped us.”

“He was a much valued and respected member of the ActSmart team, whose company was greatly enjoyed by all of his colleagues. Richard had spent Friday evening partying on Brighton beach with his colleagues and friends.

“Richard was a fanatical cyclist and in his 20 months with the business he made an impact on the cycling market, not just in the UK, but internationally,re-energising the industry’s Cytech training programme at home and overseas.

“We are all totally devastated by this tragedy and are still trying to come to terms with the loss of such a young, fun, individual who had endless potential in life and in his career.

“Richard’s family and friends are very much in our thoughts at this time, along with the others who have been impacted by this awful tragedy.”

Although none of the eleven victims of last Saturday’s the Hunter Hawker crash will be officially named until the inquests open on Wednesday, the families of nine men have said publicly they believe their loved ones are among the victims.

The include Tony Brightwell, 53, from Hove, Jacob Schilt, 23, from Brighton, and former Varndean pupil Matt Grimstone, 23, who played alongside Mr Schilt for Worthing United. Mr Grimstone worked for Brighton and Hove Albion.