A Brighton man has been jailed for four years after he attacked three women in the street in Churchill Square, Brighton, last month.

Shaun Christopher Delaney, 18, a bricklayer, of Arundel Road, Brighton, hit one woman in the face with a bottle, left another with “nasty facial injuries” and kicked the other, Sussex Police said. 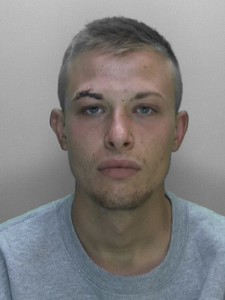 Members of the public stepped in when Delaney, who had been drinking and taking drugs, launched into his unprovoked attack on the women.

He laid into them in the early hours of Sunday 2 August but, with police near by, he was arrested shortly afterwards.

He was sentenced to prison at Hove Crown Court last Friday (18 September).

Detective Constable Duncan Lloyd said: “This was a completely random and unprovoked attack by Delaney on three people he had never met.

“They had been together, celebrating the Pride event in the city that weekend, when Delaney, who was high on drink and drugs, picked on them for no known reason.

“The woman from Great Yarmouth was hit in the head with a bottle, the 22-year-old sustained nasty facial injuries and the woman from Hove was kicked.

“Fortunately police were quickly on the scene and arrested Delaney near by.

“We would like to thank several members of the public who intervened and detained Delaney, which undoubtedly prevented further injuries.”