Hove schoolboy sprayed in the face while waiting for the bus

Did you help a teenage boy who was sprayed in the face with a substance in Hove? 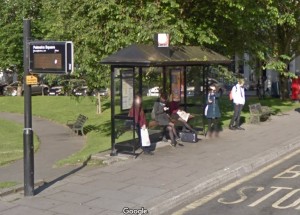 Police want to hear from the man who helped the 15-year-old after he was attacked. The victim was standing at the bus stop in Palmeria Square on Saturday (26 September) between 2pm and 2.30pm when he was approached by another boy who sprayed him in the face with an unknown substance.

The man helped the victim to call his family and then put him in a taxi. They boy was shaken and distressed by the incident.

A 16-year-old Brighton boy has been arrested on suspicion of possessing a weapon for the discharge of a noxious substance. He was questioned and released on bail until 17 November.

Detective Constable Jemma Patterson said: “We would like this man who helped to come forward and contact us along with any other witnesses.”