On the run prisoner could be at large in Brighton

Police in Brighton are searching for 23-year old Ashkaan Kalhory, who is wanted for recall to prison. 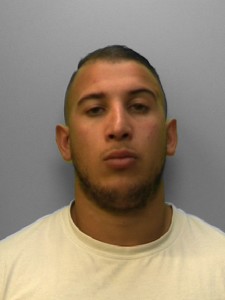 Kalhory, who had been released on licence while serving a sentence of five and a half years for conspiracy to rob imposed at the Old Bailey in March 2012, has breached the terms of his licence while under Probation Service supervision.

He is described as of mixed race, 5’10”, and of muscular build, with black hair and brown eyes.

He has been known to frequent the Shoreham, Brighton and Saltdean areas.

Anyone who sees Kalhory should not approach him but should contact police via 101 or 101@sussex.pnn.police.uk, quoting serial 1092 of 04/09.