Work on the £10 million regeneration of Saltdean Lido has been suspended today after a meeting with Brighton and Hove City Council officials.

The meeting, held earlier today (Friday 2 October) was called after it was found that insufficient electricity exists in Saltdean to power the Lido site.

The problem was identified when the Saltdean Lido Community Interest Company (CIC) electrical consultants found that existing power cables had been incorrectly labelled.

They could deliver only a third of the power that the building needs.

The problem was exacerbated by the fact that a sub-station which previously existed on the lido site had been removed despite a lease which wasn’t due to end until 2045.

Neither the council nor UK Power Networks can account for the sub-station’s removal.

It was detailed in the council’s Bid Information Pack in March 2013 and taken by the CIC as confirmation that an adequate power was readily available.

Having already independently raised almost £8 million of the £10 million required for complete renovation, the Saltdean Lido CIC approached the council for a community loan. The sum represented less than 0.7 per cent of the project’s total value.

The council has not contributed any funds to the £8 million already raised by the local resident volunteers.

The CIC said that, in a meeting held in July, verbal assurances were received from Councillor Warren Morgan, the Labour leader of the council, and interim chief executive Geoff Raw who said that they would do everything they could to help with the sub-station costs.

The meeting was also attended by the council’s head of sport and leisure services, Ian Shurrock.

The CIC said that in subsequent email correspondence from Mr Shurrock he flatly refuses the request, citing “cutbacks”. He said: “The council will not be presenting solutions to costs relating to the sub-station.”

But, the CIC added, the council is sitting on £335,000 of planning gain money – also known as section 106 money – which has already been allocated to the lido project. 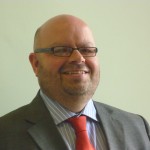 The council said: “It’s disappointing and perplexing to see this press release issued.

“We have been working in the spirit of partnership with the Saltdean Lido CIC to help progress the work.

“We offered a top-up loan of £10,000 following a meeting today with the Saltdean Lido CIC and ward councillors.

“Each individual project that we support is assessed on its merit and in this instance we don’t believe that there is any need to loan any more funds.

“We have to be particularly careful about funding as we face a further £68 million of government cuts over the next four years.”

Councillor Morgan said: “I remain committed to supporting the negotiation of a substantial loan to the Lido CIC based on the presentation of a sound business case.

“My understanding was that talks on resolving the short-term funding issue around the electricity sub-station had been positive so I’m really puzzled and saddened that the CIC are taking this stance.

“I hope that they will return to constructive talks with officers on a way forward.” 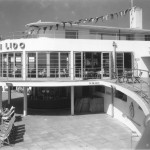 The CIC said that it had already raised millions but the money had been allocated to specific build costs and could not accommodate unexpected expenses on this scale.

So far this year £700,000 had already been spent building a new plant room for the pool and on other external works.

The CIC is waiting to sign the building contract with the pool company for the next phase of works but cannot do so if there is insufficient power supply to the site.

Opened in 1938, Saltdean Lido is the only grade II* listed lido in the country and was recently named as one of Seven Wonders of the Seaside by Historic England (formerly English Heritage).

Members of the CIC wrote and submitted the application for the grade II* listing to help protect it from residential development from the council’s previous leaseholder.

However, as the freeholder of the site, the council has a well-documented history of neglecting the site.

This led to the lido being added to English Heritage’s Buildings At Risk Register in 2011.

At the time it was the only building on the At Risk Register owned by a local authority. Lido campaigners pointed to a string of recent multimillion-pound investments in other sites in Brighton such as Volk’s Railway, Stanmer Park and, of course, the i360 – as well as a £270,000 payoff to the former council CEO.

In response to a freedom of information (FoI) request, the council said that it had proposed match funding to the tune of £6.1 million for other heritage bids in the area since 2013.

The Saltdean Lido has received no funding from the council, the CIC said.

In response to the same FoI request the council said that £111,000 was paid out in third party costs to support those bids with none going to the lido.

Rebecca Crook, chair of Saltdean Lido, said: “It is heartbreaking to have come so far and got so close to reaching our goal.

“When our group was named as the next leaseholder of the Saltdean Lido site, councillors instructed officials to give us every assistance possible.

“Unfortunately the opposite has happened despite the fact that the council owns the lido building and without the CIC would be faced with maintaining it.

“Our ward councillors and other councillors have been very helpful and we feel that the project handled by council officials is now at a serious crossroads.

“And if we do not receive the council’s full support at this time it will be in jeopardy.”

During the pre-tender submissions to the council, interested parties were not permitted access to the site to undertake their own surveys and had to rely on council reports.

These have turned out to be misleading, with the electrical sub-station a prime example, the CIC said.

The council building surveys provided were millions of pounds short of the actual costs that it will take to bring the building back into use.

Ms Crook said: “Every day we hear the council talking about the i360. But what about protecting the treasures that we already have?

“The lido is an iconic and much-loved building that was recently named one of the Seven Wonders of the Seaside.

“I have no doubt that had it been located in central Brighton or Hove, it would have been a very different story.”

While historic Lido renovation projects in Ipswich and Pontypridd have been supported to the tune of £1 million and £900,000 by their local councils, earlier this year Brighton and Hove City Council officials rubber-stamped plans for a rival outdoor swimming pool just three miles east of Saltdean Lido.

The council is currently holding nearly more than £2 million of grant money that the CIC received, with no help from the council.

This money can still be used by the council to renovate the external area but they will still require a new sub-station to complete this phase of works and open the pool next summer.

However, the future of the £4.7 million Heritage Lottery Fund grant for the renovation of the lido building in 2016-17 will be in question after this latest news as will the entire project.

Cathy Gallagher, chair of Saltdean Residents’ Association, said: “Local residents fully back the CIC and their aims to bring the lido back into full use.

“Ultimately the lido belongs to Brighton and Hove City Council and without the CIC’s drive, passion and success in securing money for the building, they will now need to come up with an urgent alternative plan for its renovation.”