Hundreds of children and young people, mainly girls, are being admitted to hospital every year as a result of self-harming.

They have to wait up to 18 weeks for a referral to Child and Adolescent Mental Health Services (CAMHS) and up to 8 weeks to see a school counsellor after they have been identified as needing help.

The level of risk and severity has also increased, according to a report to councillors yesterday (Monday 12 October.) 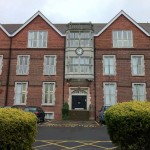 “We’ve had alcohol and drug abuse and overdosing. And we’ve had social media issues such as sexting.

“We work with Child Adolescent Mental Health Services (CAMHS) in Brighton and Hove and East and West Sussex.

“Referrals to CAMHS were taking as long as 18 weeks and when your child is cutting (him or herself) or threatening suicide, that’s a long time.”

They can include, for example, pupils in Year 11 with stress and anxiety during their mocks and final GCSE exams or youngsters being bullied on social media.

Interventions from CAMHS, school nurses and other trained professionals include a resilience programme for young people in Year 8 at Cardinal Newman who had been cutting themselves previously in Year 7.

Ms Kelly said that there was a gap in provision. Mental and emotional wellbeing depended on a team set up. CAMHS therapists were working with staff and parents to give them an insight into the “adolescent mind”.

The pilot scheme is intended to help signpost young people to the appropriate health professionals and join up services including music, youth services and others outside school.

The pilot is jointly funded by CAMHS and NHS England.

Ms Kelly told members of a Brighton and Hove City Council committee that mindfulness and self-coping were making a huge difference to young people at Cardinal Newman.

One of the members of the committee – the Children, Young People and Skills Committee – Councillor Alex Phillips urged her colleagues and council officers to listen to the voice and views of young people.

She said that comparison data had to be collected to understand the link between poorer mental health and poverty.

“The impact of the closure of children centres on two to five-year-olds and the stripping of services must be monitored,” Councillor Phillips said.

Councillors voted to extend the pilot scheme out across schools in Brighton and Hove.

Amy Tilley, from Brighton and Hove Youth Council, welcomed the equipping of teachers with skills and confidence to work effectively to support pupils’ emotional health and wellbeing and the joined up approach.

However, she urged those running the pilot: “Do not wait until a young person is very unwell before referring them for help.”

She asked: “How long does a school wait before making the referral to CAMHS, given the waiting times following referral?”

Ms Tilley suggested that the guided friendship groups for young people with mental health problems in Year 6 to 7 would also be valuable for older children aged 16.

Kerry Clarke, the council’s strategic commissioner for children’s services, agreed and said: “Children are a mixture. We need to support them before the stress is too great. They feel inadequate when faced with the challenges of life.”

Ms Clarke said that the first phase of the pilot was to support vulnerable young people in the transition from Year 6 to Year 7, involving school nurses and other professionals.

The Children, Young People and Skills Committee voted to extend this support to as many secondary schools as possible, school sixth forms and, if possible, other post-16 providers.

The post-16 pilot will be phase two of the project.

The council’s director of children’s services Pinaki Ghoshal said that the council spent £500,000 on mental health.

He said: “There is no new money and no intention to reduce the funding.”

The challenge for the council was to use existing resources better with an emphasis on early intervention.

As well as the three secondary schools taking part in the pilot scheme, which has been organised by CAMHS and the Schools Link Pilot Scheme, seven local primary schools are expected to take part in an extension of the project.

The schools currently involved in the pilot are Dorothy Stringer, Patcham High and Cardinal Newman.

Up to £3,500 is also available to each primary school taking part in the pilot.

Extra funding of up to £100,000 is available to clinical commissioning groups (CCGs) for a small number of councils to extend their pilots to encompass all publicly funded schools in their area.

The project follows a task force report Future in Mind, published in March this year.

It said that the current system had unintentionally created barriers between services. As a result children and young people could fall through the net.