A parcel left outside the Territorial Army Centre sparked a bomb scare which led to the closure of Dyke Road last night. 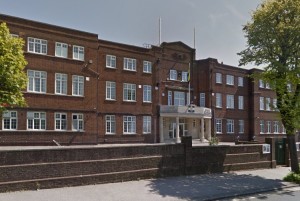 The centre itself was sealed off and the road closed when the alarm was raised shortly after 7pm.

But the alert soon ended when it was established the suspicious package was in fact an item arranged to be left outside the building.

Resident Tim Hodges, who was jogging past during the alert, said: “When I went past the TA building, there was lots of shouting and policeman. The road was closed, and an officer asked me to cross the road as I ran past.

“Two young lads on civvies sprinted along Dyke Road and were told to ‘fall in’ by an army officer.”

A police spokesman said: “A suspicious parcel sparked an alert at Brighton’s Territorial Army Centre in Dyke Road on Monday evening, but it was quickly established that it was an expected item that had been left outside the main building.

“The alarm was raised at 7.03pm. Police attended, the intended recipient was found and officers were stood down around 7.30pm.”