A court has fined a Brighton man for walking his dog in a cemetery for the second time in months.

Carl Wild, of Melbourne Street, Brighton, was landed with a £1,600 bill after being seen breaking the bylaw ban on dogs in cemeteries 43 times since he was previously prosecuted in May. 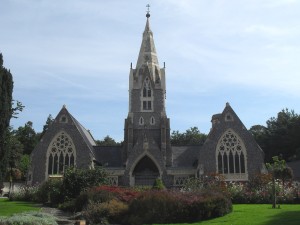 When he was collared in May – for 17 breaches of the bylaw despite living close to Saunders Park – he was fined £1,000 and left with a bill totalling £1,400.

Councillor Gill Mitchell, who chairs the council’s Environment, Transport and Sustainability Committee, said: “It’s disappointing that Mr Wild not only continues to disregard the law but also the wishes of other people visiting Woodvale Cemetery.

“The bylaws are in place to ensure that Woodvale remains a pleasant and tranquil place to visit and our officers will continue to take action against those who deliberately flout them.”

Dogs – except guide dogs – are banned from all Brighton and Hove cemeteries.