A man has been jailed for six months attacking four Brighton police officers. John Cummins injured them after they responded to reports of a woman screaming.

Cummins, a 44-year-old mechanic, of Bowring Way, Brighton, lashed out when the officers tried to arrest him on suspicion of assaulting a woman at a flat in Parham Close.

He was sprayed with Captor spray and tasered but kept attacking the four officers, one of whom was a woman. 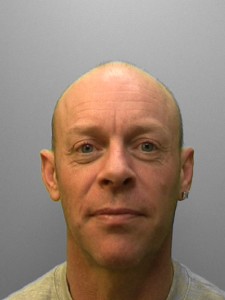 Cummins turned violent with the officers after they separated him and the woman who is believed to have been screaming.

He was told that he would be arrested and handcuffed but, as they tried, he punched and kicked the officers, including at least one officer who was on the floor.

Sussex Police said: “As one of the officers went to put handcuffs on him, he became violent and punched him in the face.

“Despite being sprayed with Captor and tasered, he continued to assault the other three officers by pushing two of them over and punching another in the face and head. Two went to hospital for treatment.

“He fought his way out of the house, where he was detained by more officers who had arrived to help.”

Inspector Jason Cummings said: “This was a really nasty, violent incident where four officers were assaulted when they responded to a report of domestic violence.

“Even though they tried to restrain Cummins using Captor spray and a taser, it did not work and the level of violence he showed towards the officers left them fearing for their lives.

“Two had to go to hospital for their injuries.”

Brighton shopkeeper fined for selling out of date food