Beat and Surrender – Brighton & Hove Albion get in jam against Boro as Mourinho looks on.

Albion lost a league match for the first time since April as pre season promotion favourites Middlesbrough controlled the match from start to finish. 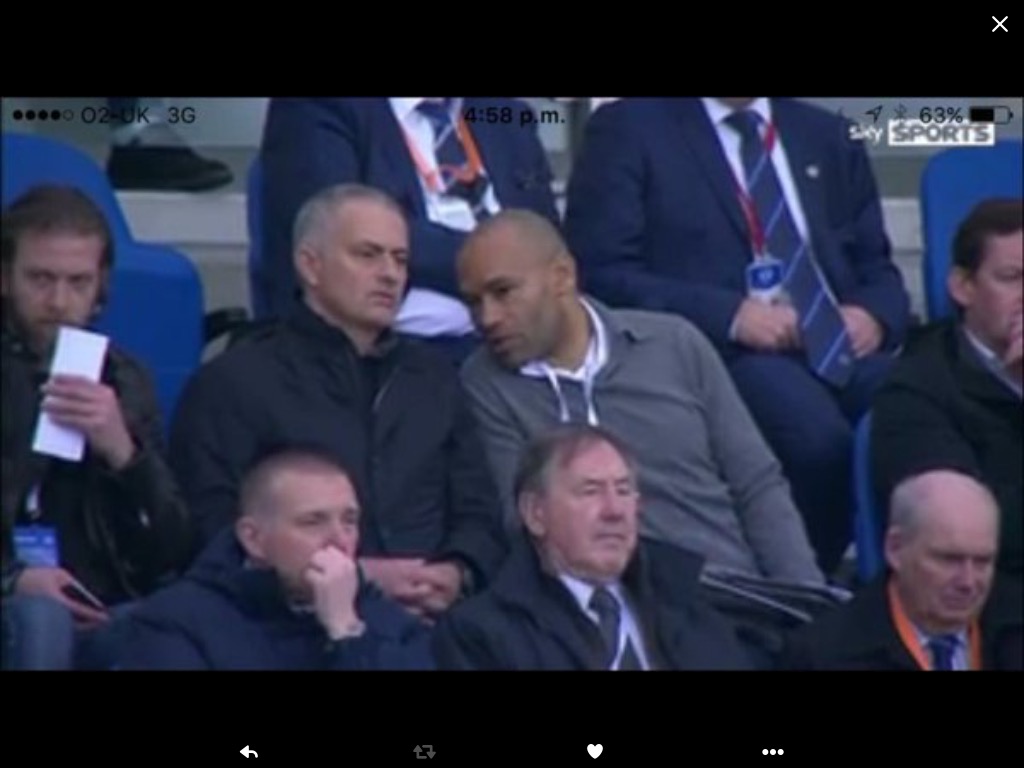 Albion had suffered early  setbacks before this season , but this was different. Boro were extremley well organised and prepared . Aitor Karanka had been meticulous in his homework . Beram Kayal amd Dale Stephens were effectively nullified.

This is turn meant that front two,  Tomer Hemed and James Wilson were starved of service , except for a few hopeful punts in their direction from Bruno and Jamie Murphy.

Kayal had Albion’s only meaningful shot of the first half , but this was high and wide. Boro attacked in numbers , not unlike Bournemouth last season . Adam Clayton controlling the midfield .

Wilson did get clear from a Van La Parra through , but was ushered wide by George Friend amd hardly got a shot away.

On the half hour mark Stephens had a shot from distance that bounced harmlessly wide .

Murphy and Calderon were making some in-roads down the left, but the ball never fell kindly for Albion

With two minutes of the half remaining Boro won a corner , Daniel Ayala lost Greer and his header was turned home by what appeared to be a combination of Albert Adomah and Calderon.

Murphy caused Boro keeper Dimitrious Konstantopulous to get his gloves dirty early in the second half , but Boro continued to look assured .

Returning defender UWe Hunenmier pulled up whilst chasing back, as Albion’s injury woes were increased further as he was replaced by Connor Goldson finally making his Amex debut.

Soon after Kike pulled down a corner and was given time to loft a ball to the far  post for Christain Stuani to head past the helpless Stockdale to put Boro into an unassailable lead.

Albion brought on Bobby Zamora and Andrew Crofts but Boro played like they had a couple more players than Albion.

The Amex was emptying faster than a Bernard Matthews turkey farm save 1800 Boro fans – a fine effort given the distance amd kick off time .

Albion must start again and keep themselves in the hunt for an automatic promotion place . However their last two games of the season are against the current top two – Derby at home then the return agonist Boro at the Riverside.

Albion  next travel to Brentford on Boxing Day .

The club did however equal the post war second tier unbeaten record and that is a super acheivement.